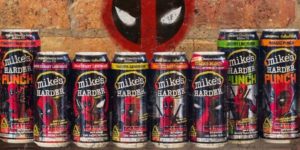 Livingston is referring to the current cross promotion of a Mike’s Harder Lemonade alcopop with the opening of 21st Century Fox’s new feature film Deadpool.

Both companies have been relegated to the Alcohol Justice Doghouse for using the current Marvel comic superhero, Deadpool, to promote another, youth attractive alcopop. The promotion, seen in a TV ad, on products, and in point-of-sale materials, pushes Mike’s Harder Lemonade, a super sweet, 8% alcoholic product that comes in flashy colorful “collectible” cans featuring the Deadpool character. 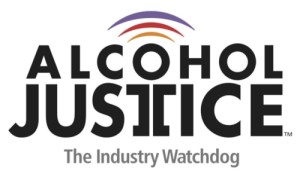 “Though the alcohol industry claims ‘Millennials’ are their target alcopop audience, their promotions and campaigns effectively target youth who are years younger than the minimum legal drinking age,” said Livingston.

“As a result of the low prices, wide availability, and marketing tactics like this one by 21st Century Fox & Mike’s Harder Lemonade, alcopops are very popular among underage youth and responsible for a disproportionate share of underage alcohol-related harm.”