By Newsroom on August 7, 2018Comments Off on MillerCoors Ending Production of Two Hats After Just Six Months 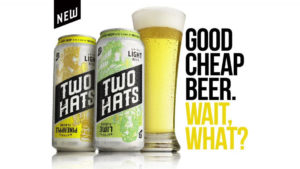 MillerCoors is ceasing production of Two Hats, the light beer brand targeted at younger legal-age drinkers, in order to shift more focus on growing other brands in the company’s portfolio.

Two Hats, an economy-priced beer with a hint of natural fruit flavours that made its debut in February, will exit the market by early 2019.

The decision to pull the plug on Two Hats after less than a full year on the market comes following Molson Coors reporting last week that MillerCoors posted volume and profit declines during the second quarter.

“We believe industry growth requires healthy brands across all segments, and we won’t stop trying to be part of the solution to grow beer,” wrote MillerCoors vice president of national craft and innovation Bryan Ferschinger and MillerCoors president of sales and distributor operations Kevin Doyle, in a note to employees and distributors. “At the same time, right now we simply cannot get to profitable growth without significant improvement in Coors Light and without gaining a bigger piece of (the) above premium (segment.)” 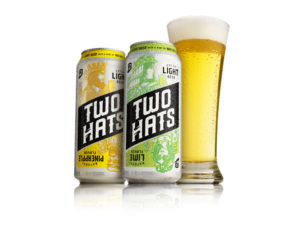 MillerCoors intends to focus spending behind Coors Light, the nation’s No. 2-selling beer, and Miller Lite, which has posted volume gains in nine of the most-recent 10 4-week periods, according to Nielsen all-outlet and convenience data through July 24. It also plans to invest further into above-premium brands like Arnold Palmer Spiked and Sol to further stoke growth, Ferschinger and Doyle wrote.

“We plan to aggressively pursue innovation that will build our business and transform our portfolio,” Ferschinger says. “MillerCoors remains committed to quality and innovation, and we aren’t afraid to try new things.”

MillerCoors CEO Gavin Hattersley, in a recent interview, said the company is seeking a fresh perspective on its marketing and its portfolio, including an “urgent focus” on accelerating growth in the above premium segment and turning around Coors Light.

“We recognise that we need to move quickly and decisively, and we are,” Hattersley said.

MillerCoors Ending Production of Two Hats After Just Six Months added by Newsroom on August 7, 2018
View all posts by Newsroom →