By Newsroom on May 16, 2013Comments Off on Miranda Hart Is the UK’s Favourite Celebrity to Share a Meal With 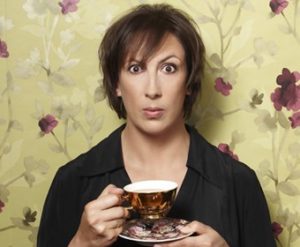 Miranda Hart is the UK’s favourite celebrity to share a meal with according to a consumer survey commissioned by The People who Share. Roast dinner is the top meal that consumers are most likely to want to share with their favourite celebrities, followed by steak and chips, and fish and chips.

Barack Obama is their favourite politician to have a meal with, whilst the leaders of the Conservative and Labour parties – David Cameron and Ed Miliband – are the UK’s least favourite celebrities to share a meal with.

The representative research, conducted by Opinium, of 2,005 adults in the UK, was commissioned by The People who Share to demonstrate the growing consumer appetite for the Sharing Economy and to launch Global Sharing Day on Sunday 2nd June.

“UK consumers who currently share are benefiting from GBP 4.6 billion worth of savings or earnings. Consumers are now making and saving money through sharing, or renting with their friends and neighbours. According to this research, those that share can benefit up to GBP 400 per year per person, with some benefiting from the Sharing Economy as much as GBP 5,000 per year,” said Benita Matofska, CEO of the People Who Share.

Food sharing, such as at a picnic, pot luck dinner or street party is one of the UK’s most favourite sharing activities – with 19% of the population saying they currently do this. Global Sharing Day 2013 will take place on Sunday 2nd June in partnership with Meal Sharing, Marks and Spencer’s shwopping and The Big Lunch.

The event will be aiming to set the world record for the most people sharing food in a single day! Food sharing has a vital to role to play – 15 million tonnes of food are currently wasted between plough and plate that could have been shared with the 4 million people affected by food poverty in the UK.

As pioneers of the Sharing Economy, Zipcar, the UK’s largest pay-as-you-drive car club, has been observing its growth for the last 12 years. Mark Walker, General Manager of Zipcar UK, said: 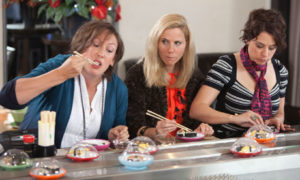 “We are delighted to be supporting Global Sharing Day. The Pay-as-you-live generation is here to stay and Zipcar has been proudly fuelling the Sharing Economy by providing cars and vans, available by the hour in convenient locations to consumers and businesses for the last 12 years. A typical Zipcar member saves over GBP 3,000 per year, and it’s not just money back in your pocket. Car clubs also lead to a reduction of cars on the road, and fewer miles driven. Sharing resources, be it cars, office space or even clothes just makes sense.”

“The Sharing Economy is growing in the UK with a 5% increase in participation since last year. With over half the population engaged in it, selling, buying or donating second hand goods is the nation’s favourite sharing activity. 36% of Britons now share transport including a ride to work, that’s a staggering 11% more than last year,” said Sabine Popp, Co-Founder, Marke2ing.

“With 33 million adult Brits already sharing, and a further 14 million considering it, consumers are sharing to save or earn money, to help people in their neighbourhood and because it benefits the environment. This is no longer a niche activity, it’s now part of how people live their lives,” said Kate Hinton, Director, Trust PR.

The Sharing Economy is about the efficient use of resources, about saving and making money in a new way (eg: car sharing, selling of used goods, crowdfunding, peer 2 peer lending), and about a move away from ownership to the access of shared goods and services.

Sharing can include swapping goods, buying and selling second hand goods, group buying, being part of a club such as a car club, renting goods or space, borrowing or lending items such as tools or clothing.

As many as 10,000 businesses are now contributing to the growing the Sharing Economy globally, such as compareandshare.com, airbnb, Meal Sharing, zipcar, Blablacar, Liftshare, LoveHomeSwap, ParkatmyHouse, Sooqini, Ecomodo, rentmyitems, and the borrowers. According to Collaborative Consumption the economy is now valued at GBP 330 billion globally and GBP 22.4 billion in the UK

Miranda Hart Is the UK’s Favourite Celebrity to Share a Meal With added by Newsroom on May 16, 2013
View all posts by Newsroom →