Monster Energy Drink Sued In US Over Children’s Marketing

By Newsroom on May 7, 2013Comments Off on Monster Energy Drink Sued In US Over Children’s Marketing 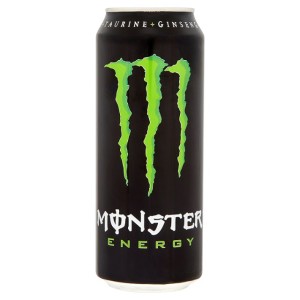 Monster Energy Drink is being sued by San Francisco’s city attorney after it concluded that the beverage firm had been marketing its caffeine heavy drink at children, where it could pose severe health risks.

Dennis Herrera labelled the brand as the ‘industry’s worst offender’ in relation to marketing at children and comes just seven days after Herrera himself was sued over demands that Monster cut the levels of caffeine in its drinks and cease marketing to children.

This centres on the firms ‘Monster Army’ website which featured children as young as six as well as the firms sponsorship of youth sport events.

In an interview Herrera said: “Our lawsuit is not a reaction to their lawsuit. We were proceeding on this path in the event that we would be unable to come to a resolution.”

The legal battle follows a long-running investigation by the US city into the energy drinks market; which includes well-known brands such as Red Bull and PepsiCo’s Amp.

For its part Monster insists that its products are safe – but recommends that children, people sensitive to caffeine, pregnant women and women who are nursing, stay clear of the drink.

It adds that such matters are the preserve of the US Food and Drug Administration.

Monster Energy Drink Sued In US Over Children’s Marketing added by Newsroom on May 7, 2013
View all posts by Newsroom →