By Newsroom on May 17, 2013Comments Off on Morrisons to Launch Online Shopping Offer 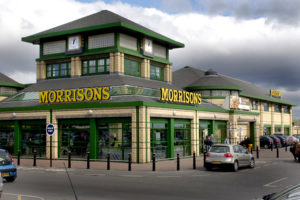 Morrisons is to launch an online grocery website which will allow customers to shop for home deliveries.

The move comes as Morrisons has announced a long-term agreement with Ocado, which will allow the supermarket to start delivering groceries to customers by January 2014.

Morrisons says the Morrisons.com grocery website will have ‘a clear Morrisons look and feel’. A Morrisons spokesman said the new site, which is understood to have been developed in-house and is set to launch before the end of the year, will sit alongside the current Morrisons homepage.

Morrisons’ development of a home-delivery offer follows that of most of its supermarket rivals. Morrisons is paying an initial £170 million to Ocado to acquire a delivery site in the Midlands, and will invest a further £46 million to upgrade the site.

“From a standing start, Morrisons will be competing in the fast-growing online channel by the end of this year with a really compelling proposition. I am confident that Morrisons.com will grow over time to be an operation of real scale and significance.”

Morrisons to Launch Online Shopping Offer added by Newsroom on May 17, 2013
View all posts by Newsroom →