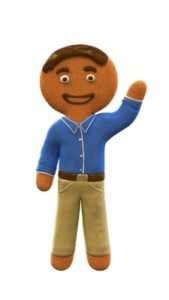 Nestlé Coffee-mate got a boost of flavour as the company announced the appointment of Joel Hubbard as an Associate on the brand’s Holiday Flavours team. Joel is charged with overseeing the launch of two new Nestlé Coffee-mate creamer seasonal flavours, including Nestlé Toll House Gingerbread and Eggnog, and contributing to marketing efforts for year-round seasonal flavours Peppermint Mocha and Pumpkin Spice.

“We’re delighted that Joel is joining the Coffee-mate team and bringing his extensive flavour-based marketing experience to the brand just in time for the holidays,” said Kevin Holmes, marketing manager for Coffee-mate. “Joel may be the new guy on the team, but he really embodies the spirit of our holiday flavour portfolio and that gives him and Coffee-mate a competitive edge.”

New to Los Angeles, Joel comes to Nestlé from a leading social marketing agency, where he supported various food and beverage brands, including Coffee-mate.

In addition to overseeing marketing plans for the holiday portfolio, Joel becomes the first company employee to also star in a 15 second national broadcast spot, premiering on cable channels such as HGTV and Food Network. Joel will also tap his social media background to develop five online videos, which begin to roll-out on channels such as Hulu, Spotify, and Coffee-mate’s social platforms on October 15 through the holidays.  In two videos, Joel stars alongside long-time friend, YouTube celebrity iJustine, which will launch on social and YouTube in early November.

“Coffee-mate is really lucky to have scored such a visionary marketer just in time for the launch of their delicious holiday flavours, like Gingerbread and Eggnog,” said iJustine. “Beyond being a close friend of mine, Joel is a consummate professional with a keen appetite for visual storytelling on social.”

The online videos will focus on topics relating to a Millennial who is moving to a new city, such as work life, dating, making friends and popular culture. For the month of November, Joel is also leading the charge for the brand to participate in Movember, and details will be forthcoming.

Joel hails from Berwyn, Illinois and enjoys chronicling his personal and professional ventures at coffee-mate.com/gingerbreadjoel.