By Newsroom on January 31, 2014Comments Off on Nestlé Launches First Ever Super Bowl Ad

For the first time, Nestlé is launching a new product during the United States Super Bowl, which is among the most widely viewed sporting events in the world.

The game is watched by an estimated 108 million people and the half-time show, with its adverts, performances by A-list celebrities and entertainers, has become as much of an event as the game itself.

Nestlé is launching its new Butterfinger Peanut Butter Cups – which combine a smooth and crunchy peanut butter centre with a milk chocolate shell – during a 30-second TV commercial broadcast for the first time during the Super Bowl on Sunday 2 February. 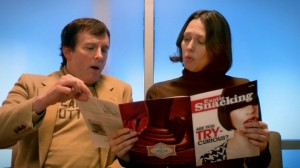 The product, part of the Nestlé Butterfinger brand, is the only nationally available competitor to Reese’s Peanut Butter Cup, America’s No. 1 chocolate confection.

“The brand benefits tied to the Super Bowl exposure are so much more than the number of people who watch the game,” said Jeremy Vandervoet, Nestlé Butterfinger Marketing Manager.

“In the US, the Super Bowl is a pop culture event that stretches over several months, allowing a brand to connect with consumers in telling a story, generating a significant amount of media attention along the way, and driving awareness and word of mouth among consumers,” he explained.\

The Butterfinger advert will play on the irreverent humour for which the brand, originally invented by Chicago’s Curtiss Candy Company in the 1920s, is known. 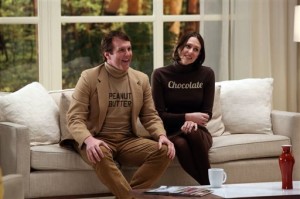 The level of exposure and expectation among audiences for the Super Bowl advert has set a very high bar for those creating the adverts, Mr Vandervoet said.

“The prizes for advertisers who meet these expectations with unique and innovative thinking are consumer praise, media interest, and social media mentions,” he explained.

In 2012, for example, there were 111 million Super Bowl commercials views on YouTube and 52.5 million digital mentions for the same commercials. This year, Twitter is expecting 45 million Tweets around the 2014 commercials.