By Newsroom on July 17, 2013Comments Off on Nestlé Purina Announces New Factory in Poland 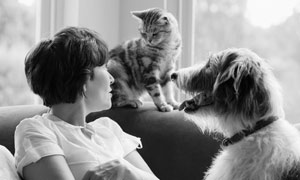 Nestlé Purina Petcare has announced plans to build a new factory and distribution centre in Poland.

The factory, an investment of CHF 93 million, will be constructed near the city of Wroclaw, in Poland’s south-west, becoming the tenth Nestlé factory in the country and creating 200 jobs.

Work will begin on the building towards the end of 2013 with the goal that the factory will be fully operational during the second half of 2014.

Poland, and the Wroclaw area in particular, were chosen for their strategic position in Eastern Europe. With its estimated 13 million pets, Poland is the biggest pet food market in Central and Eastern Europe.

“We are very pleased to announce this new investment, which strengthens both our industrial and business presence in Poland,” said Pierre Detry, President of Nestlé Poland S.A.

Nestlé has been present in Poland since 1993 and currently operates nine plants in the country. The company is known for its Nescafé coffee, savoury culinary products under the brand Winiary, Gerber baby food products, confectionery brand Princessa and mineral water brand Naleczowianka as well as Purina pet food.

Nestlé in Poland currently employs 5,100 people, of which 55 work for Nestlé Purina PetCare, present in the Polish market for 16 years.

Nestlé Purina, with its global headquarters in St. Louis, Missouri, in the United States, produces brands such as Pro Plan, Purina One, Friskies, Darling, Beneful, Dog Chow and Cat Chow.