By Newsroom on October 25, 2012Comments Off on Nestlé to manufacture medical nutrition products in Australia

Nestlé is investing more than CHF 16 million (17 million Australian dollars) in a new facility at one of its factories in Australia that will produce ready-to-drink medical supplements such as Resource, Isosource and Sustagen.

A range of medical nutrition products will be manufactured at the site in the Australian town of Tongala in Victoria for Nestlé Health Science, a fully owned subsidiary of Nestlé set up in January 2011.

The factory currently produces Nestlé evaporated and condensed milk, plus a number of Maggi products.

The newly-built extension, equipped with new technology and equipment, will also produce tube-feeding liquid products for people who have been hospitalised and are unable to eat normal food.

These medical nutrition products are designed to help manage health conditions such as diabetes, renal disorders and malnutrition. 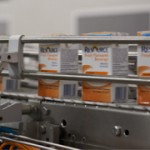 Health Science aims to pioneer a new industry between the traditional nutrition and pharmaceutical industries through the development of science-based personalised nutritional solutions and shaping a new approach to disease prevention and management.

The new investment will create about 30 new jobs.

“This significant investment by Nestlé Australia to extend its Tongala factory into a bigger production hub is a huge vote of confidence the company has in the region,” said Paul Bruhn, Regional Business Head for Nestlé Health Science in Asia, Oceania and Africa.

“The transformation to our factory creates enormous potential for growth as we develop and roll out new products for local and regional markets.”

The Tongala manufacturing site will produce about 7,000 tonnes of products each year, which will be distributed across the rest of Australia and to some other countries in the region.

Nestlé’s recent investment follows on from the 31 million Australian dollar investment the company made in its Purina pet food factory in the state of New South Wales earlier this year.

Nestlé Australia is part of Nestlé Oceania, a subsidiary of Nestlé S.A. that covers Australia, New Zealand, and the Pacific Islands.

It employs more than 5,000 people in more than 70 offices, factories and distribution centres across the region.

Nestlé Oceania’s first office was opened in Sydney, Australia, in 1908. The company’s regional headquarters are now located in Rhodes, Sydney.

Nestlé to manufacture medical nutrition products in Australia added by Newsroom on October 25, 2012
View all posts by Newsroom →