By Newsroom on February 28, 2017Comments Off on New £3 Million Facility Supports Robertson’s First Move into the Retail Market 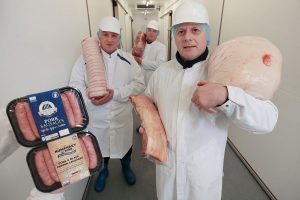 John Robertson & Sons (Hamcurers) the parent company of Robertson’s Fine Foods of Ayrshire announce major capital investment in the company with the opening of a second food processing unit in Ayrshire.

As one of Scotland’s biggest pork and bacon producers, Robertson’s has invested £3 million into the business partly funded through a six-figure grant from Scottish Enterprise. The new processing unit in Irvine will increase capacity and help the business support their existing customer base and expansion into new supply chains. 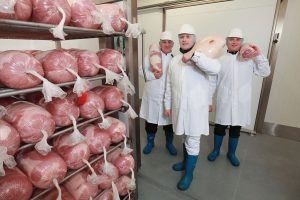 The 36,000-square foot unit has been entirely renovated inside the existing shell of the building by specialist contractors KDH Projects. The business has invested capital in new state-of-art meat processing and cooking equipment, taking steps to ensure the facility is innovative and efficient, working to world class manufacturing standards. Robertson’s are currently processing over 1000 pigs per week with scope to increase production utilising their second facility. 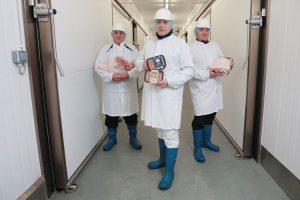 Robertson’s firmly believe in the farm to fork ethos, offering full traceability with every product. The business has a commitment to animal welfare and is accredited by the Scottish SPCA. 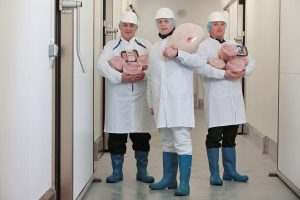 A growing and ambitious company, Robertson’s took its first step into the consumer retail market in 2016. Approached by Aldi, Robertson’s launched a new brand, ‘Humphrey and Sons’ into stores across Scotland. Supplying sausages, smoked loin joints and ham houghs which have supported growth in both production and sales.

2015 was a successful year for Robertson’s with a strong annual turnover figure of £12.5m delivering favourable financial results. 11 new jobs have been created since opening the new factory in Irvine with a total of 84 employees working at Robertson’s two sites.

Looking forward to 2017, Operations Director Richard Straszewskyj said: “We are hugely proud of all the work that has gone into building our new industry leading processing facility. We are now in a strong position to embark on an ambitious growth strategy that seeks to further cement our place as one for Scotland’s leading pork and bacon producers. The new facility will be solely used to produce our exciting product lines and new consumer retail brands, underpinned by quality, value and family tradition. We have made significant investment in our workforce and look forward to creating further new job roles and apprenticeships for people in Ayrshire and the outlying area.”