By Newsroom on August 24, 2016Comments Off on New Beer Now Conference to Locate at BeerX in 2017

The Society of Independent Brewers (SIBA) and Zephyr Conferences announced today the first-ever Beer Now Conference will take place next March 17-19 in Sheffield, England. The conference is focused on “marketing, tourism, and communications” in the modern beer industry.

The conference will take place at ICE Sheffield, the same venue as and immediately following BeerX, the UK’s biggest beer and brewing event. Because BeerX primarily focuses on issues related to brewing, having Beer Now co-located in Sheffield will broaden the scope of the events to also cover the marketing side of today’s beer industry, which has changed dramatically in recent decades.

“We are extremely pleased to be hosting the Beer Now Conference at BeerX in 2017”, stated SIBA Director of Operations Nick Stafford. “BeerX is already the UK’s biggest beer and brewing event, so the addition of the Beer Now conference widens the scope even further and brings its own audience of beer bloggers and writers who are so influential to our industry.” 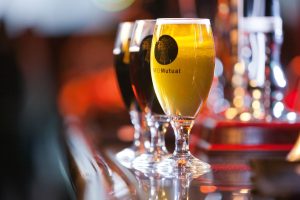 The beer bloggers and beer writers referred to come from the European Beer Bloggers & Writers Conference (EBBC), which operated the last six years in various European cities including London, Dublin, Brussels, and Amsterdam. Zephyr Conferences, the organizer of the EBBC, elected to broaden the scope of the conference to include industry representatives and change the name to Beer Now.

“Beer Now, with its focus on marketing, tourism, and communications, will still be extremely applicable to beer bloggers and writers,” said Zephyr Conferences president Allan Wright. “We are not losing our focus on this audience. At the same time, the expanded content and the opportunity to interact with these beer writers should be of great interest to marketing and communications professionals in the beer industry.”

For further information on the BeerX trade show and festival of beer visit www.beerx.org.

New Beer Now Conference to Locate at BeerX in 2017 added by Newsroom on August 24, 2016
View all posts by Newsroom →