By Newsroom on August 21, 2015Comments Off on New Richelieu Brandy Spot is a Pan-European Game of Cat-and-Mouse

Richelieu’s new television commercial from FCB Cape Town is an epic game of cat-and-mouse filmed across Europe. It’s the first to include all three varients in its family of products, and truly captures the brand’s rich, rewarding lifestyle with its locations and wide Mediterranean vistas. 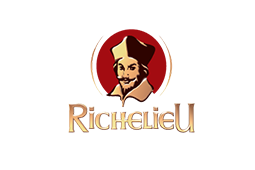 The brief, according to Distell’s Marketing Manager for Richelieu, Jeremy Thompson, was to create an extrinsic proposition that brought its positioning – ‘Rich. Rewarding. Richelieu’ – to life in a way that spoke to its international credentials.

“Luxurious, opulent and fast-paced – Richelieu’s new ad is all these and more, cleverly depicting the life the Richelieu consumer aspires to and has possibly even achieved,” he said.

The 60-second ad took two days to film on location. It follows a suave hero as he is led on a merry chase through a hotel by a beautiful French woman. Each door he opens, leads to new intrigue and adventure. With Richelieu close at hand, he journeys through lush interiors and meets larger-than-life characters, all enjoying a richer, more rewarding life.

Being a Richelieu man, he takes it all in his stride. And with the beautiful woman at his side, he rides into the sunset – off to pursue his next great adventure… wherever that happens to be.

New Richelieu Brandy Spot is a Pan-European Game of Cat-and-Mouse added by Newsroom on August 21, 2015
View all posts by Newsroom →