By Newsroom on December 6, 2013Comments Off on New Soft Drink Designed to Reduce the Chances of Developing Alzheimer’s 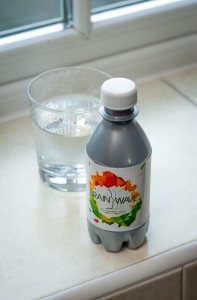 A businessman from County Durham has announced the launch of a new functional soft drink which, when consumed regularly, will help to reduce the chances of developing Alzheimer’s disease and dementia later in life.

The pioneering soft drink – which is a world first – will be available exclusively online from January 2014 and is available to pre order now. Called Brainwave, it has been developed by North East entrepreneur Richard Baister, based on research by a Newcastle University professor which shows a positive relationship between the daily intake of green tea extracts at a certain level and cognitive health.

The drink contains concentrated extracts of various natural ingredients which, when consumed in combination, enables the body to absorb the maximum benefit from the green tea extracts. 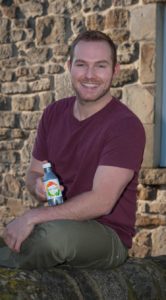 Research undertaken by Dr Ed Okello of Newcastle University has proved that regular consumption of this level of green tea alongside the specific active ingredients in Brainwave can significantly reduce the chances of developing Alzheimer’s disease or dementia in later life.

Richard said: “Brainwave is the first drink of its kind which is designed to help consumers maintain a healthy mind. The research behind this development really speaks for itself, and I’m very pleased to be able to bring this drink to the market to help consumers reap the benefits. Further to this, we’ve pledged to donate 25% of our profits to fund further research around Alzheimer’s and dementia.”

After launching Velocity – the first flavoured energy drink on the market in 2005 – and calorie burning drink SUMO in 2011, this is the latest project for the drinks entrepreneur.

New Soft Drink Designed to Reduce the Chances of Developing Alzheimer’s added by Newsroom on December 6, 2013
View all posts by Newsroom →