By Newsroom on November 13, 2014Comments Off on Newcastle Unveil Scotch Ale, First Beer in a Series of ‘Collaboration Editions’ 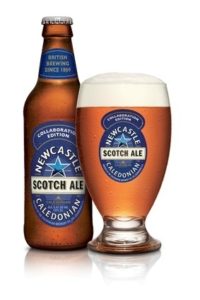 For centuries, the United Kingdom has stood for togetherness, collaboration and union. After all, making the whole better than its parts is a specialty of the British. Take some of the finest cultural exports the U.K. has produced: Tea and crumpets. Bangers and mash. Lennon and McCartney.

Most Brits know a thing or two about improving through collaboration, and Newcastle Brown Ale is no different. To keep beer discovery fresh and invigorating, Newcastle is kicking off the brand-new series of “collaboration edition” beers made with some of Europe’s finest and oldest breweries.

To brew the first offering in the series, Newcastle turned to its Edinburgh, Scotland-based sister brewery, Caledonian, to develop a special ale that brings world-class traditional British brewing to casual beer drinkers around the world.

The Newcastle Scotch Ale collaboration is a limited-time offering from Newcastle and Caledonian that represents the best of English and Scottish brewing: a rich, full-flavored and fulfilling Scottish ale with toffee notes at 6.4 percent ABV and 40 IBUs. Scotch Ale is a bold yet balanced beer that will please lifelong Newcastle fans as well as more adventurous drinkers.

“Newcastle Scotch Ale is a well-balanced, malt-forward brew with a delightful velvety finish,” said actor, blogger and beer aficionado Wil Wheaton. “Basically, Newcastle and Caledonian made a kick-ass beer that does not suck.”

Wheaton will star in a pair of videos aimed at making beer connoisseurship accessible and fun for drinks lovers of all stripes.

“One of our dreams is to get rid of the ‘intimidation’ factor that prevents so many people from foregoing boring ‘yellow beer’ and enjoying more interesting brews,” said Brett Steen, brand manager for Newcastle Brown Ale. “Wil is an inviting and knowledgeable guy, and we’re stoked that he’s taking this herculean effort of humor and wisdom onto himself so we don’t have to.” 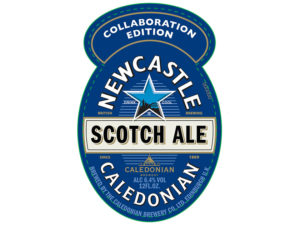 The new Scotch Ale was developed as a true collaboration between Newcastle and Caledonian and is brewed at the latter’s Edinburgh brewery. The Caledonian Brewery uses only traditional British brewing methods, including using only whole-flower hops and heating the original 1869 copper kettles with open flames. The resulting brew has rich and complex flavors sure to satisfy any beer drinker — adventurous and novice alike.

Newcastle Unveil Scotch Ale, First Beer in a Series of ‘Collaboration Editions’ added by Newsroom on November 13, 2014
View all posts by Newsroom →