By Newsroom on September 22, 2017Comments Off on No Irish Need Apply for This Wholesome Tullamore D.E.W. Whiskey Campaign

Tullamore D.E.W., the William Grant & Sons owned Irish whiskey brand, is launching its most ambitious marketing campaign to date – a through the line, global platform called ‘Beauty of Blend.’ As one of the only Irish whiskey brands to use a triple blend of all three types of whiskey, the new through the line campaign will challenge the preconceptions about how great whiskey is made, as well as championing the ways in which ‘blend’ makes the world a more interesting place. 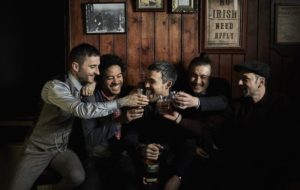 Created by New York agency Opperman Weiss in collaboration with Superprime and Sweet Media Ireland, the ‘Beauty of Blend’ launches with a TV, Digital and PR campaign centring around two hero pieces of content and an unusual partnership. The ‘hero’ content pieces entitled ‘Danny Boy’ and ‘No Irish Need Apply’ respectively, were directed by award-winning filmmaker Laurence Dunmore.

‘Danny Boy’ celebrates cultural diversity in a way that is aspirational, authentically Irish and distinctly sociable. ‘No Irish Need Apply’ is a more direct and boldly challenging film that showcases the history of Irish immigration in the USA. The films follow Tullamore D.E.W.’s award-winning 2013 work, ‘The Parting Glass,’ also directed by Laurence Dunmore, which, according to Creativity magazine, was “The Alcohol Ad That All Ads Should Aspire To.”

In developing the campaign, and owing to the fact that 99.7% of people around the world are a blend of two or more ethnicities, Tullamore D.E.W. has partnered with MyHeritage DNA, the leading global destination for family history and DNA testing to create a limited edition DNA kit which gives fans an opportunity to discover, and celebrate, their own unique blend of ethnicities. The DNA kits will be given away through a gifting program and the Tullamore D.E.W. social channels in the coming months. 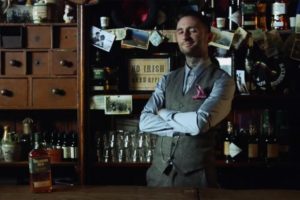 Tullamore D.E.W.’s Global Brand Director, Caspar MacRae, commented: “We are built on blend. It runs through every bottle of our original triple blend Irish whiskey. There are numerous examples in the worlds of food, music and beyond where something beautiful has been created because of the blending of different cultures or ideas. We think that’s worth celebrating.”

Caspar MacRae, added; “Our ambition for Tullamore D.E.W. is reflected in the major investments we’re making in the brand and in the distillery. The quality of our blended whiskey, combined with the brand’s reputation and increased investment, puts us in a great position for further growth in 2018 and beyond.”

No Irish Need Apply for This Wholesome Tullamore D.E.W. Whiskey Campaign added by Newsroom on September 22, 2017
View all posts by Newsroom →