By Newsroom on March 28, 2014Comments Off on Pepsi-Cola Bottling Plant Opens in Myanmar

PepsiCo and LOTTE-MGS Beverage (Myanmar) Co., the company’s bottler in Myanmar, announced that Pepsi-Cola is being locally produced for the first time since 1997.

Myanmar consumers can now enjoy locally-manufactured Pepsi-Cola in 300-ml returnable glass bottles, with plans to expand into aluminum cans and other package formats in the coming weeks. This launch is the culmination of extensive work by PepsiCo and LOTTE-MGS, and is a key pillar in each company’s long-term commitment to the consumers, customers and communities of Myanmar.

LOTTE-MGS has built an extensive network of regional sales teams spanning major cities throughout the country and reaching thousands of retail outlets. In addition, LOTTE-MGS has plans to open further Pepsi-Cola bottling plants in Myanmar in the near future. 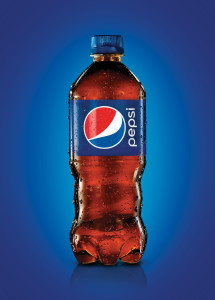 Mansoor Ali, General Manager, PepsiCo Myanmar, said: “Myanmar is a market with great potential and we continue to take steps to build our business while also playing a constructive role in Myanmar’s ongoing development. The opening of this bottling plant represents an important milestone in our journey. Working together with LOTTE-MGS, we look forward to serving consumers, customers and communities throughout Myanmar for many years to come.”

Mr. Byoung Tak.Hur, Managing Director, LOTTE-MGS, said: “Pepsi-Cola is one of the world’s most beloved consumer brands and we’re delighted to be manufacturing it right here in Myanmar. We are deeply committed to Myanmar and are investing to build a world-class manufacturing and distribution system to support the future expansion of our business.”

PepsiCo re-entered Myanmar in 2012 via a partnership with Diamond Star, a leading local distributor, before teaming up with LOTTE-MGS in 2014 to locally manufacture its beverage products. PepsiCo has a longstanding business relationship with the LOTTE group of Korea, a multinational food and retail conglomerate, and has worked closely with LOTTE in Korea since 1976 and in the Philippines since 2010.

Myanmar is an attractive frontier market, with strong economic growth potential and a population of approximately 60 million people. PepsiCo continues to expand its business in developing and emerging markets around the world, which in 2013 accounted for 35 percent of the company’s global net revenue. 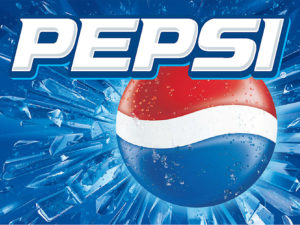 The steps PepsiCo is taking in Myanmar are consistent with its commitment to Performance with Purpose, which is PepsiCo’s recognition that the company’s success is inextricably linked to society’s success. Since 2012, PepsiCo has had a partnership with the United Nations Educational, Scientific and Cultural Organization (UNESCO) to develop vocational training initiatives in Myanmar, with the support of the Myanmar Ministry of Education.

This public-private partnership – the first of its kind in Myanmar — will see the establishment of a Centre of Excellence for Business Skills Development within the Yangon Institute of Economics and the creation of curricula and training materials for business skills to help young people in the Myanmar labor market enter the business workforce.

PepsiCo is also exploring opportunities to invest in agricultural development projects in Myanmar.

Pepsi-Cola Bottling Plant Opens in Myanmar added by Newsroom on March 28, 2014
View all posts by Newsroom →