By Newsroom on June 10, 2014Comments Off on Pop-Tarts Celebrates 50th Birthday with a Crazy Good Summer Bash 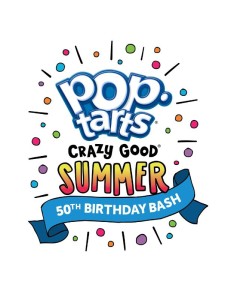 For 50 years, teens have been toasting to Crazy Good mornings with Pop-Tarts toaster pastries – and this year, the brand is celebrating its birthday by announcing the return of Crazy Good Summer. The third annual concert series is bigger than ever, with the chance to score free tickets to see some of today’s hottest acts. The all-star line-up, produced by Live Nation Entertainment, will feature multi-platinum selling recording artist Demi Lovato, Jasmine V and Emblem3 in three separate cities – Lovato and Emblem3 will perform in yet-to-be-named cities while Jasmine V is set to headline a free concert in Los Angeles. As previously announced, the Crazy Good Summer Bash will also feature a private concert by Austin Mahone for one lucky winner.

“I’m excited to be a part of Pop-Tarts Crazy Good Summer Bash again,” said fan-fave Demi Lovato. “I can’t wait to perform for my fans in a top secret location!”

The Crazy Good Summer birthday bash kicks off Wednesday, June 25, when up-and-comer Jasmine V takes the stage at the Los Angeles House of Blues. Starting June 16, fans ages 13 and older can visit the Pop-Tarts Tumblr page to RSVP and score free tickets. But hurry – there are a limited number of tickets available for all shows! 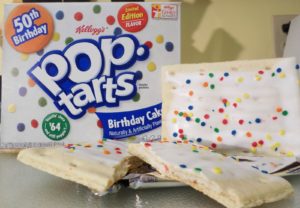 The Crazy Good fun doesn’t stop in L.A. Following Jasmine V’s performance, multi-platinum selling recording artist Demi Lovato and pop-rock band Emblem3 will hit the stage at two free concerts in July and August. Dying to know if they’re coming to your town? Fans can keep their eyes on PopTartsCrazyGood.com throughout the summer to snag clues on the surprise locations and dates and for more free concert tickets.

“You don’t turn 50 every day – 2014 is a big year for Pop-Tarts and we’re excited for our third Crazy Good Summer,” said Aleta Chase, director of marketing for Pop-Tarts. “It may be our birthday, but we’re giving our fans gifts with more free concerts, top artists and even cooler swag.”

To help celebrate Pop-Tarts’ big birthday and wrap-up the 2014 concert series, Crazy Good Summer alum and teen heartthrob Austin Mahone is giving one lucky “Mahomie” the chance to win a free, private concert for his or her high school. Until July 31, 2014, teens can head here to enter for a chance to win the Crazy Good Summer sweepstakes. The winner will be announced in August on the Pop-Tarts Tumblr page. 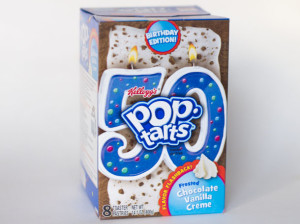 The concert tour can’t pop into every city, but teens can still have a Crazy Good Summer by checking out PopTartsCrazyGood.com. In partnership with Live Nation, Pop-Tarts will offer additional cool prizes and behind-the-scenes access to artists all summer long, including:

“We’re thrilled to bring Demi Lovato back for another Crazy Good Summer, along with Jasmine V and Emblem3,” said Russell Wallach, President, Live Nation Media & Sponsorship. “Our partnership with Pop-Tarts continues to deliver unforgettable experiences and perks for fans, and this summer is no exception.”

Head to PopTartsCrazyGood.com and join the #CrazyGoodSummer conversation on Twitter and Instagram to find out how else Pop-Tarts can make this summer Crazy Good.

Pop-Tarts Celebrates 50th Birthday with a Crazy Good Summer Bash added by Newsroom on June 10, 2014
View all posts by Newsroom →