By Newsroom on November 6, 2013Comments Off on Premier Foods Eyes Investment Boost For Hovis Brand 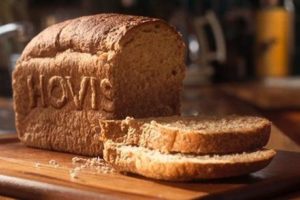 Britain’s second biggest bread brand Hovis could have a new owner after Premier Foods revealed it was exploring a host of options to save its struggling bread business, including selling a stake in its flagship brand.

The food manufacturer has tasked mergers and acquisitions advisory firm Ondra Parters to lead the search for a new investor.

Options are believed to include spinning off the bread business as an entirely separate company or selling a stake in it.

The news supports long-running rumours that Hovis was being positioned for sale since last October when investment bank Goldman Sachs was hired to seek out bids for the entire bread division.

Premier Foods has pumped £28m into restructuring the division, which now has a dedicated management team, this year following closures to bakeries and mills as well as losing several contracts, including with the Co-Operative.

In October the group’s chief executive said he had no plans to expand the bread business outright and was only interested in expanding the business.

Hovis has received a boost in marketing outlay this year off the back of a revamp to its packaging and an overhaul of its social media strategy.

It is hoped the investment boost would lift sales this year after the company experienced a sharp drop in demand in 2012. Volume sales plummeted 6 per cent year-on-year for the 52 weeks to 29 December 2012, while rival Warburtons jumped 1.6 per cent over the same period.

Premier, which has debts of £890m, has sold a number of its businesses over the last 18 months, including Sarson’s vinegar and Haywards pickles.