By Newsroom on March 20, 2017Comments Off on Quorn Unveils Discovery Campaign as Part of Major Relaunch

Quorn, the healthy protein brand, has launched a new global advertising campaign as part of a major relaunch, with Royle Productions teaming up with Mawhinney Collins to create a series of nine commercials as part of a TV and online campaign.

With Alan Davies providing the voiceover, the campaign is anchored on discovery – ultimately exploring recipes you can make with Quorn, showcasing its versatility as an ingredient, with the added benefit of it being a rich and healthy source of protein.

Marking a departure from the brand’s three-year relationship with Mo Farah, which saw the Olympian star in Quorn’s ads as a brand ambassador, the new campaign brings a fresher, updated aesthetic.

Frances Royle, Founder of Royle Productions, comments: “The campaign showcases the fantastic range of recipes you can create with Quorn, all shot beautifully by our director, Richard Jung. It’s all about the food at the end of the day, so it was imperative for the food to look appetising and delicious.” 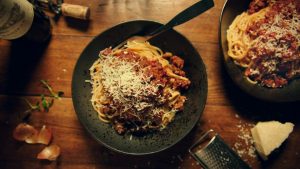 The campaign was shot at London’s Black Island Studios across four challenging shoot days in which a broad selection of dishes and ingredients were showcased.

“In total there were 35 actors cast across the nine commercials, each of whom had to be likeable, believable and interesting,” explains Royle. “There’s a lot packed into each film, and there’s a real energy surrounding each family, setting and meal.”

Richard Jung added: “A project of this size and complexity could have easily become overwhelming and credit is due to Royle Productions and the team at Nice Shirt Films for a smooth and very enjoyable operation.”

With the campaign set to air across several global territories – UK, ROI, Sweden, Germany, Australia and the USA – there was consideration when it came to the set design to ensure the films worked across multiple markets. A total of nine 20’ and four 10’ edits will be released for TV and online across a 48 week period, starting on 20th March 2017.

Quorn Unveils Discovery Campaign as Part of Major Relaunch added by Newsroom on March 20, 2017
View all posts by Newsroom →