By Newsroom on October 29, 2013Comments Off on Reflex Nutrition Partners With The Wolverine 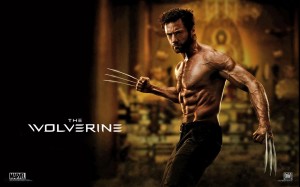 Reflex Nutrition has signed a deal with 20th Century Fox to partner with the release of ‘The Wolverine‘ on DVD as part of its biggest ad campaign to support its Instant Whey PRO protein drink.

The print, social, digital and on-pack campaign will encourage people to go to the Reflex Nutrition Facebook Page in order to win a training session with Mike Ryan, the personal trainer with whom Hugh Jackman worked to get in shape for the film.

Reflex Nutrition devised the campaign, which will promote the idea of “challenged but never defeated”, with Lime Communications managing the relationship with 20th Century Fox Home Entertainment.

Robert Goodwin, the marketing manager, Reflex Nutrition, said: “‘The Wolverine’ is constantly challenged, but has evolved over time to always defeat the competition. Reflex Nutrition is very much the same – the company was founded in 1996, and the new Instant Whey PRO is an evolution of Instant Whey, delivering the most advanced whey protein in the market today. 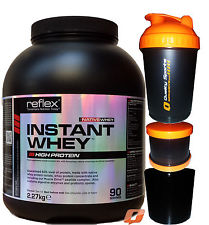 Goodwin said many Reflex Nutrition consumers work either as personal trainers or professional athletes, while others prioritise improving health, fitness and performance.

The winner will fly out to Australia for a five-day training and nutrition programme with Ryan, while hundreds of runners up will win other prizes including Instant Whey PRO.

Reflex Nutrition will also be giving away a 50g sachet, two servings worth, through Twitter in November. A promotion for the product will be included in the boxes of ‘The Wolverine’ on DVD or Blu-Ray.

The UK campaign launches next Monday 4 November and the Facebook promotion will run until 18 February 2014.

20th Century Fox had the final say in approving all elements of the campaign, while Jackman had to approve the use of his image.

Reflex Nutrition Partners With The Wolverine added by Newsroom on October 29, 2013
View all posts by Newsroom →