By Newsroom on June 16, 2016Comments Off on Sanpellegrino & OgilvyOne’s Map App Encourages Wandering 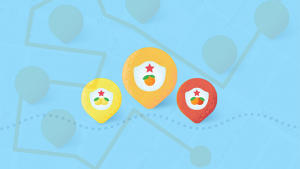 Navigating a city with your smartphone can be stressful, and in your quest to find the quickest route from point A to point B, you often miss tons of interesting sights along the way. Sanpellegrino Sparkling Fruit Beverages wants to change that with a new mapping app that encourages you to discover new spots.

Through the brand’s Delightways app, users can type in their destination, as they would on Google Maps, and the app will point out shops, restaurants, parks and street art along the way, all of which were identified by Foursquare and local influencers. The app is launching in New York, San Francisco, Chicago, Atlanta, Austin, Boston, Los Angeles, Miami, Seattle and Washington, D.C. 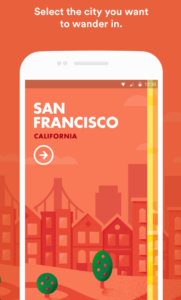 “We curated a specific list to pinpoint areas and stops that would bring that feeling of delight and fun,” said Tony Vizioli, marketing manager of Italian brands at Nestlé Waters North America. “It’s anything from secret garden waterfalls to the best donuts on the Lower East Side.”

Alfonso Marian, chief creative officer at OgilvyOne, New York, which worked with Sanpellegrino on the campaign, said the app will help the brand appeal to its millennial target audience. 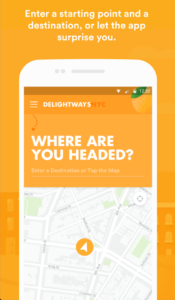 “[Millennials are] constantly seeking new experiences, but the way they move around is often stopping them from finding those experiences—because mapping apps have been designed to take them where they need to go in the most efficient way,” Marian said. “Delightways takes them to their destination but also encourages them to discover new and interesting things.” 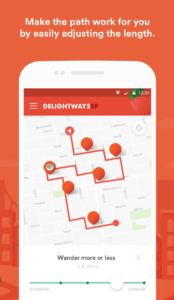 “She’s really caught on with the millennial audience,” Vizioli said. “She’s in the new video with Nick Jonas, and she’s super involved on social media. She’s a great fit for the brand because she’s exciting and up and coming.”

The app also will be promoted in print, digital and social media ads and on a mobile truck sampling tour in New York later this month. Team N, Deep Focus, Epsilon, Revelry, Metavision and Active Theory were all partner agencies for the campaign.

“For millennials, it’s not about having a lifelong bucket list anymore,” Vizioli said. “It’s about creating a weekend-long bucket list, and that’s what we want the app to achieve.”