Sbarro To Expand Presence In South India With 35 New Restaurants

By Newsroom on June 28, 2013Comments Off on Sbarro To Expand Presence In South India With 35 New Restaurants 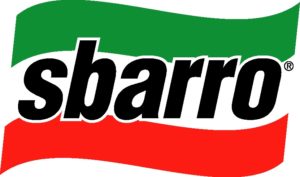 Sbarro announced that it has expanded its partnership agreement with White Planet Restaurants (WPR), led by Sriram Rajagopal and Gopal Rajagopalan, to significantly deepen the company’s presence in South India.

WPR, which currently operates five Sbarro eateries in India, was named the brand’s South Indian master franchisee with plans to open 35 new eateries throughout the region.

The first location under the new agreement opened in Chennai in May 2013, joining four existing Bangalore locations; three additional eateries are slated to open in South India before year’s end for a total of eight operational restaurants throughout South India by the close of 2013.

“White Planet Restaurants has been a valuable partner in helping us to successfully launch Sbarro to the India marketplace,” said Randy Jones, Chief Operating Officer of Global Franchise, Sbarro.

“There is no better team to partner with as we further grow our footprint in India. We look forward to continuing to work with WPR to enable more people to enjoy Sbarro’s fresh Italian fare.”

Over the past year, Sbarro has significantly expanded its international presence forging franchise agreements across the globe including Canada, Brazil, Colombia, Peru, UAE, and the Philippines. 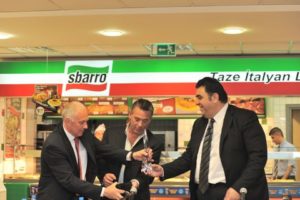 The company currently operates more than 1,000 eateries across 40 countries with more than 400 of those restaurants located outside the United States.

“The Sbarro team has provided tremendous support throughout our partnership, which has been critical to helping us open, operate and ultimately introduce a great  dining experience to the people of India,” said Sriram Rajagopal, Managing Director and CEO of White Planet Restaurants.

“We are excited about the brand and as master franchisee, we look forward to continued success in deepening our market penetration and expanding the Sbarro brand across South India.”

Sbarro To Expand Presence In South India With 35 New Restaurants added by Newsroom on June 28, 2013
View all posts by Newsroom →