By Newsroom on February 7, 2013Comments Off on Scotch Whisky Sector Prospers Despite Global Economic Crisis 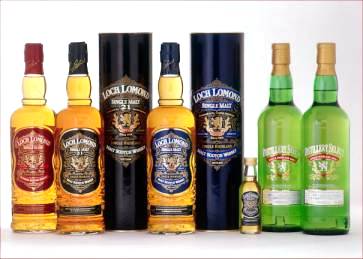 The Scotch whiskey sector has not only survived the global downturn, it has prospered, a recently-published just-drinks/IWSR report has concluded.

Dubbing the last decade a “golden period” for Scotch whiskey, the just-drinks/IWSR ‘Global market review of blended and single malt Scotch whiskey – forecasts to 2017’ report finds that, between 2002 and 2011, the global Scotch industry recorded a compound annual growth rate of 1.3%, with overall shipments rising by 21.5m nine-liter cases to 93.26m cases.

All indications are that the growth of the Scotch sector was maintained in 2012, the report continues. Exports in the 12 months to the end of June 2012 increased in value by 12%, with growth coming from the US, Venezuela and Germany, and in exports to Russia through the Baltic states.

Asia remained steady with good growth in Taiwan, the report states. In the first half of 2012, exports to the US jumped by 13% to GBP303m and it remains the biggest market by value for Scotch.

In 2011, some 17 of the top 25 Scotch whiskey markets posted growth, according to IWSR. Scotch whiskey boasts more than 19 1m-case markets, with a further ten countries recording sales in excess of 500,000 cases.

Indeed, the report points out that Scotch’s strong international profile has acted as a “natural hedge” for the sector during the global slump.

The ‘Global market review of blended and single malt Scotch whiskey – forecasts to 2017’ report is the largest paper authored by the IWSR/just-drinks. With over 50,000 words and 135 data tables, it provides a comprehensive assessment of this dynamic sector.