By Newsroom on June 10, 2016Comments Off on Serviceplan Group Create “The Daily Catch” For METRO

There is a saying in England that goes ‘Yesterday’s news is tomorrow’s fish and chip paper’. Indeed, wrapping produce in paper used to be common practice in fish markets across Europe. Perhaps the creatives at Serviceplan Group had this old adage in mind when they created their brilliant new campaign “The Daily Catch”, for wholesale retailers METRO. 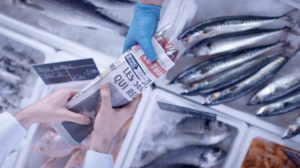 With stores across 28 European countries, METRO were keen to show their varied clientele the similarly diverse origins of their marine produce, as well as its freshness. Serviceplan created a seamless solution: they asked METRO’s fish suppliers across Europe to send their daily haul alongside numerous copies of that day’s newspaper, from whichever location they were based. Thus, revealing both the freshness and the origin of the fish in one fell swoop. 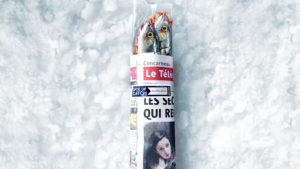 The simplicity of the concept belies its effectiveness. Not only are METRO customers assured of the freshness of the fish, they are presented it in a wonderfully unique and authentic package, at a cost of next-to-nothing for METRO. The packaging made from European newspapers such as Le Télégramme Concarneau, Il Secolo Decimonono and Ostsee Zeitung reminds the consumer of the exoticism of the product – something we often take for granted.

There is also a wonderful paradox in using a virtually defunct wrapping technique to prove the freshness of a product. 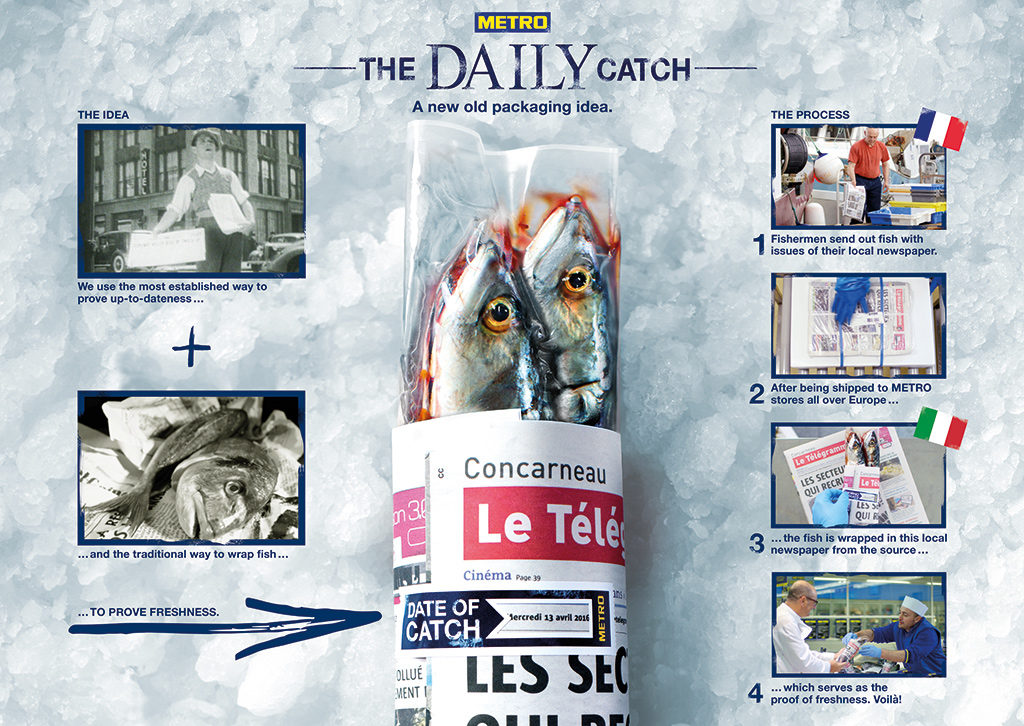 Serviceplan Group Create “The Daily Catch” For METRO added by Newsroom on June 10, 2016
View all posts by Newsroom →