By Newsroom on April 30, 2013Comments Off on Sir Terence Conran To Launch Albion Cafe Chain 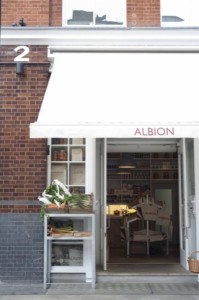 Sir Terence Conran has announced plans to create a chain of Albion cafes. The announcement follows news that Conran has sold his 51 per cent stake in D&D London, formerly Conran Restaurants, severing his ties with the brand and using the proceeds to fund the expansion of his Albion concept.

The Conran-owned Albion concept currently has one branch in Prescott & Conran’s Boundary complex in Shoreditch, east London, which opened in 2009. The British-themed outlet acts as a café and foodstore, and boasts its own in-store bakery.

“I don’t think anybody expected us to stand still following the sale of our stake in D&D London where our role had become that of investor rather than operator. That is not how we like to work so the deal gave us the opportunity to invest further in the businesses we are closely involved in. Albion has been a smash hit in Shoreditch and we believe it is a popular concept that will work well and we are looking to secure other sites in London.”

he next branch to open will be housed in the Richard Rogers-designed NEO-Bankside building on London’s South Bank. The 160-seat café, which will be on the ground floor, is set to open later this summer.

Conran says, “The biggest problem has been finding the right sites but at NEO-Bankside we’ve got one of the best spots in London in such an iconic building.”

According to Conran Holdings, the group is currently looking at further sites to expand the business across London.

Conran’s 51 per cent stake in D&D was sold to LDC, the private equity arm of Lloyds Bank, in a £60 million deal, according to The Times.  Conran founded Conran Restaurants 22 years ago.