By Newsroom on December 19, 2014Comments Off on Subway Ramps up Liverpool FC Sponsorship 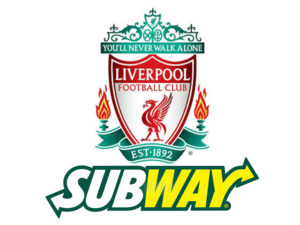 Subway is stepping up its sponsorship activity at Liverpool FC, with new display ads reacting to on-pitch activity.

The new ads will show the slogan ‘Super Sub Time’ every time a tactical substitution is made by Liverpool. The ads first made an appearance during Liverpool captain Steven Gerrard’s substitution in the home game against Sunderland. 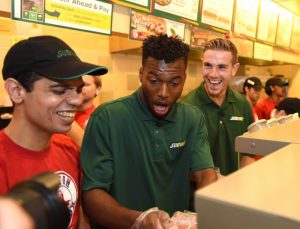 Subway signed up as Liverpool FC’s ‘official food partner’ earlier this year, extending to ‘Train Hard, Eat Fresh’ campaign to boards inside Anfield stadium, plus web ads on Liverpool FC’s site and print materials such as the magazine and programme.

As part of the deal, the brand has also signed up Liverpool striker Daniel Sturridge as a ‘famous fan’, comprising brand ambassadors such as gymnast Louis Smith and boxer Anthony Ogogo.

Subway Ramps up Liverpool FC Sponsorship added by Newsroom on December 19, 2014
View all posts by Newsroom →