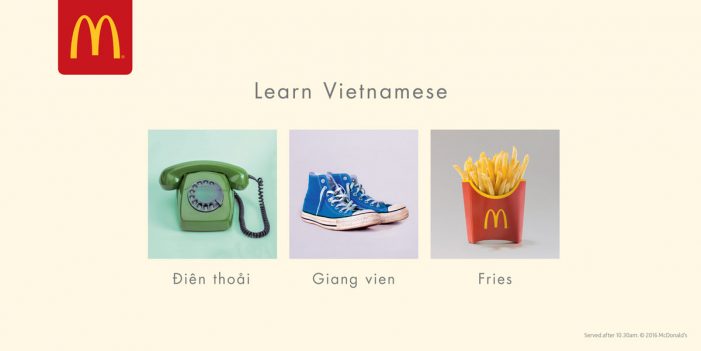 Leo Burnett London has launched an outdoor campaign for McDonald’s to show that no matter where you are in the world, its all time favourite menu items transcend the barriers of language. Running on 6- and 48-sheets, the ‘Learn’ campaign shows McDonald’s’ iconic products – Big Mac, Fries and McNuggets – pictured alongside other everyday […]

Much like the ball dropping in New York City on New Year’s Eve, the 2013 St. Patrick’s Day season around the world began when the first pint of Guinness was pulled at the Guinness Storehouse by Guinness Master Brewer Fergal Murray. A count-down leading up to the inaugural ritual marked the beginning of holiday celebrations […]