By Newsroom on November 27, 2012Comments Off on Technomic identifies five U.K. restaurant trends for 2013

The foodservice scene in the U.K. continues evolving in appealing ways, with some trends mirroring developments also seen in other parts of the world, while others are distinctly British. Looking forward, Technomic has identified five key trends expected to play major roles in the coming year:

Customisation encourages experimentation. For customers, the lure of customisation is control. Restaurant-goers increasingly want more command over nearly everything on the menu, from ingredients and portion size to flavour combinations and healthfulness. They also want value and convenience, both of which are satisfied through a flexible menu. Operators who incorporate a service model of customisation into their concepts will propel themselves ahead of their competitors by creating unique, customer-created food and drink. Think made-to-order meals a la Chipotle Mexican Grill or Coca-Cola with its Freestyle beverage machines. Expect to see operators branching out with more creative approaches to build-your-own dishes, offering mix-and-match combo meals, and even making customisation a cornerstone of their concept.
Ingredients from two extremes. The U.K.’s current crop of leading independent chefs is striving to understand and cater to consumers’ disparate desires for both super local foods and authentic global foods on the same menu. Concepts that can satisfy both cravings in innovative ways will be the most successful. For example, expect to see local British ingredients highlighted in street foods such as Middle Eastern falafel and Mexican tacos. Not only will such items excite diners’ palates, but they are also an opportunity for chefs to pioneer new flavour combinations and dishes without spending a bundle.
Stealth health. Although healthy eating is an established trend, the stealth-health movement—in which chefs replace salt, fat and sugar with healthy, bold flavours without promoting it to consumers—is gaining ground. Because consumers now expect healthy options in all restaurant types and segments, chefs need to comply by offering such without sacrificing flavour. Creating healthy yet satisfying meals is chefs’ new battle. Next year will bring a surge in stealth-health ingredients, including superfoods like beans, dark-green vegetables, salmon, soya, walnuts, yoghurt, tea and blueberries, as well as standard dishes with a healthier spin.
Snacking matures. Restaurant operators are expanding their snacking menus to boost traffic between dayparts, particularly from younger consumers. Retailers that have long dominated the snack market are now competing with restaurants to hold share of consumers’ snack pounds. As the snacking daypart grows up, so will the types of snacks on offer. Between-meal bites are maturing into gourmet offerings with the addition of high-quality ingredients and innovative flavour combinations. More restaurants will be adding full snacking menus while others will look to discounting snacks during off-peak hours. Trends to watch include around-the-clock snacking, ethnic snacks and bite-sized offerings.
Swift-service concepts cater to hurried diners. Convenience is top-of-mind for today’s consumer. Fast-paced diners want quick, portable and inexpensive meals that don’t sacrifice quality. Expect to see an upsurge in food trucks, quick-service and fast-casual restaurants increasing takeaway options and meal deals for on-the-go consumers. Also expect to see a rise in express-version spin-off concepts from established sit-down restaurants. 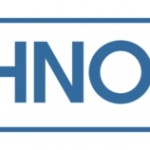