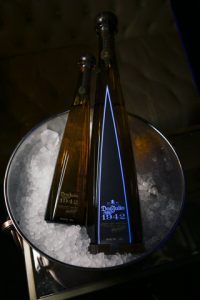 When it comes to Tequila Don Julio 1942, bigger is definitely better, and this year, Tequila Don Julio wants you to ring in the new year in sizable fashion with the newest addition to the brand’s portfolio, Don Julio 1942 1.75 Liter bottles. The larger than life bottles that also feature new luminescent labels for prime visibility while celebrating, are available at nightclubs in New York, California, Nevada, Illinois and Florida, and will be rolling out in other markets throughout 2017.

Don Julio González began his passionate pursuit to create the world’s first luxury tequila in 1942. Originally crafted as a gift for personal friends and family, Tequila Don Julio has now developed into one of the most called upon tequilas for any celebration. 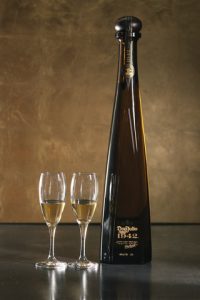 In commemoration of Don Julio’s 60th anniversary, Don Julio 1942 was born. It was the final variant that Don Julio González created in his life-long career in collaboration with the current Master Distiller, and is presented in a beautiful, elongated bottle designed after the agave leaf. What was once a tequila for those only in the know, 1942 has become an essential at top cultural events and elevated nightlife occasions across the world and has established itself as the must-have luxury, celebratory spirit.  In fact, 1942 remains the fastest growing luxury spirit over the $100 retail price point and is up +48% compared to last year. 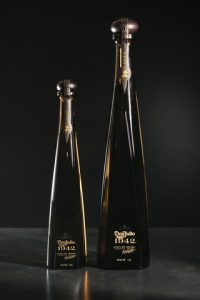 “Over the years Don Julio 1942 has developed an amazing following of extremely loyal fans, and we are proud to introduce this larger bottle size to them. This new 1.75 Liter offering, or what we fondly call the ‘El Jefe,’  finally gives nightlife a bottle of Don Julio 1942 as large as its celebrations deserve. We hope our fans consider it our gift to them and continue to enjoy Don Julio responsibly during special celebrations and life milestones,” said Rodolfo Aldana, Director of Tequila at Diageo North America.

While the bottle may have grown, the liquid inside remains exactly the same exceptional tequila, the ultimate tribute to passion and reward. Don Julio 1942 is produced using a personal selection of prime agave and aged in American white oak barrels for a minimum of two and a half years, culminating in an Añejo tequila that is only released when truly ready. Don Julio 1942 has an astonishing flavour profile featuring caramel, toffee, and vanilla, with a sweet agave-laced finish, and is the perfect drink for any celebration.