Test Results Indicate That Not All Coconut Oils Are Created Equally

By Newsroom on February 18, 2016Comments Off on Test Results Indicate That Not All Coconut Oils Are Created Equally 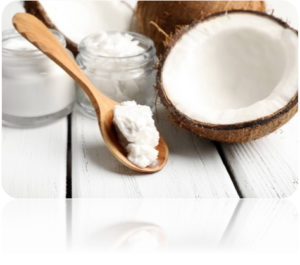 A major success story of the health food industry, it’s hard to have missed the rise of coconut oil over the last few years. One of the UK’s longest established brands, Coconoil, who began life in 2005 after the Boxing Day Tsunami, are warning retailers to watch out for brands which aren’t ‘picked, pressed and packed’ at source however.

Many may not realise, but coconut oil in the UK is sold in a different form to that which it is in the countries in which it is produced. In the Tropics, due to the heat, coconut oil is generally in a liquid format whilst here we are used to seeing it on our shop shelves in a solid format, only melting when used in cooking.

There are two ways brands generally prepare their coconut oil for sale. The traditional way is to put the oil into retail units in its country of origin, whilst it is still in liquid form, and then import the product ready to sell. Because this is a labour intensive process however, many brands now ship oil in large vats and then mechanically pack it in the UK. The issue with this process is that, because the oil sets in transit, it has to be reheated to melting point in the UK to allow it to become liquid again for packing. 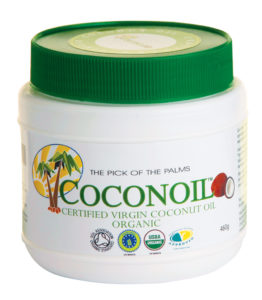 There has been some concern about what impact this has on the integrity and quality of the oil and so Coconoil commissioned an independent laboratory to carry out peroxide tests on three oils; with their own brand, which is picked, press and packed at source, being compared to two leading brands, which are packed in the UK.

Peroxide levels indicate oxidation levels of oil and are used as a measure of rancidity. The higher the oxidation levels the more the oil has broken down, which negatively impacts taste and, in the case of coconut oil, almost certainly affects potential health benefits.

The laboratory measured the peroxide levels over a ten month period, about half of the recommended shelf life for most coconut oils.

All three of the oils were shown to have very similar peroxide levels at the start of the ten month period, but at the end the peroxide levels had risen by 100% and 80% in the two brands packed in the UK, but only by 20% in the oil picked, pressed and packed at source. 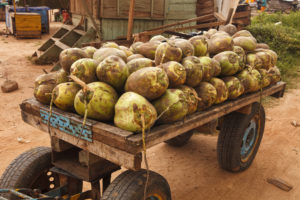 It is thought this dramatic difference in quality is due to the fact that the heating up of the oil in the UK speeds up the breakdown of the oil resulting in greater oxidation and a drop in quality.

“We didn’t do these tests so we could say ‘I told you so’, we simply feel it is important for retailers and consumers to understand that not all coconut oil is created equally and, as the market for coconut oil continues to grow, we should be looking to view it more like the olive oil market where it is taken as given that there are huge differences in the quality of oils and not all are created equally,” said Garry Stiven, MD of Coconoil.

Test Results Indicate That Not All Coconut Oils Are Created Equally added by Newsroom on February 18, 2016
View all posts by Newsroom →