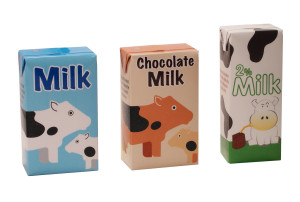 New research from Tetra Pak, the world’s leading food processing and packaging company, forecasts that flavored milk consumption will grow at more than double the rate of white milk globally between 2012 and 2015. Consumers are increasingly turning to tasty, nutritious and conveniently packaged flavored milk as an alternative to other beverages, creating opportunities for dairies to improve profitability.

Flavored milk, the second most widely consumed Liquid Dairy Product (LDP) after white milk, is forecast to increase globally by a compound annual rate (CAGR) of 4.1% between 2012 and 2015, rising from 17.0 billion liters to 19.2 billion liters.

“With white milk increasingly commoditized, flavored milk offers dairies the opportunity to provide value not only to consumers but to their bottom line,” said Dennis Jonsson, President and CEO of Tetra Pak Group. “With the right flavors, portion sizing and formulation, flavored milk can meet a huge range of health, nutritional and lifestyle needs.”

In the U.S., the volume of total liquid dairy is declining. This is driven largely by changing consumer habits and the falling per capita consumption of white milk which is forecast to decline by 6.5% between 2011 and 2015. Comparatively, flavored milk is growing and expected to increase to 9.5% by 2015. 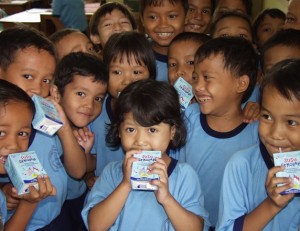 Tetra Pak has identified four drivers fuelling the rise in flavored milk consumption:  First, the desire for nutritious and healthy food, which is prompting consumers, particularly in developing countries, to turn to nutrient-rich milk products. Second, urbanization, rising prosperity and the pace of modern life, which has increased “on-the-go” consumption of ready-to-drink (RTD) flavored milk in convenient portion packs.

Third, consumers’ eagerness to try new food and drinks, with flavored milk well-poised to meet that need. And fourth, consumers seeking “indulgent” eating and drinking experiences as a way of escaping the daily grind during times of economic uncertainty.

In the U.S., consumers are used to getting the largest volumes of milk for low prices. However, consumers are moving towards higher value products. In fact, the best performing segments within white milk have been enhanced, value-added and organic milk.

The millennial generation represents a significant opportunity with a significant purchasing power representing 25% of the U.S. population. Potential growth in flavored milk and other dairy-based products present an opportunity to offer convenient, yet sophisticated, options for this up and coming consumer. 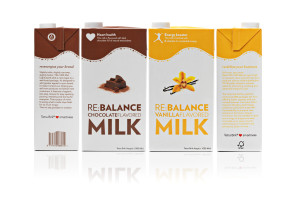 Though worldwide consumption of flavored milk is still low compared to other beverages, such as carbonated soft drinks, positive consumer perceptions about the health benefits of milk are creating opportunities to significantly increase flavored milk consumption, according to Tetra Pak.

Traditionally consumed by kids who enjoy its taste, Tetra Pak sees scope for growth beyond kids to teens and adults, and beyond taste to reach the “sweet spot” where taste and health meet.

“For consumers unwilling to compromise on taste, health or convenience, flavored milk is proving an increasingly popular alternative to other beverages,” said Jonsson.

While demand for flavored milk is forecast to rise globally, demand in developing countries, particularly across Asia and Latin America, is set to outpace that of developed countries in North America and Europe, highlighting emerging economies as the growth engines of the dairy industry.

In fact, seven of the world’s top 10 flavored milk markets are developing countries, Tetra Pak research shows. China is the world’s largest, followed by the United States and India. Increased demand for flavored milk from 2009 to 2012 was mainly driven by four emerging countries: Brazil, China, India and Indonesia.

The sixth Tetra Pak Dairy Index can be viewed in full here.