By Newsroom on March 17, 2017Comments Off on The Half Moon Shines Again in Herne Hill 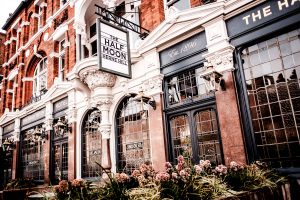 Fuller, Smith & Turner PLC, the London brewer and premium pub company, is delighted to announce that 15 months after taking on the pub, The Half Moon in Herne Hill has been fully refurbished to an exceptional standard and the pub is ready to open its doors once again.

This Victorian gem has been restored to its former glory with the original windows, woodwork and painted mirrors in the snug brought back to pristine condition. To the rear of the pub, the newly opened up dining area offers a light and airy space for couples and families alike, while the landscaped garden with an outside bar, fire pit and barbecue, provides an oasis for eating, drinking and relaxing just a stone’s throw from the busy Half Moon Road. 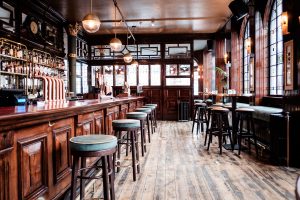 A team headed by Matt Dutson, an experienced Fuller’s manager, are ready to welcome the great and good of the Herne Hill area to the pub. The dark wood of the main bar will appeal to weary commuters popping in for a quick pint, or a pre-dinner drink while those with young children can relax in the seated and dining areas. For locals looking to celebrate a birthday or hold a working lunch or small conference, The Workshop – a separate outbuilding with its own bar – provides the perfect venue. 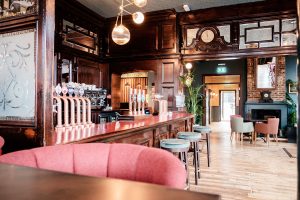 In addition, The Half Moon has also returned to its former role as a hotel, with the addition of 12 boutique and individually designed bedrooms, each one named after one of the 12 men who have walked on the Moon. The pub is home to the largest hotel bedroom in the Fuller’s estate, occupying the whole of the former boxing gym on the pub’s first floor.

The renovation of The Half Moon was carried out by Concorde BGW, one of the UK’s leading design and build specialists for the hospitality industry. Fuller’s has worked closely with Concorde BGW on a number of refurbishments including the award-winning Tap on the Line in Kew Gardens, which scooped a Restaurant & Bar Design award in 2015. 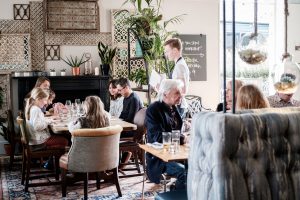 The Fuller’s Kitchen offer at The Half Moon includes a range of traditional pubs classics with a contemporary twist, created with ingredients sourced from the finest, mainly UK, suppliers. The Sunday roasts, which include sharing platters, are a particular highlight. Heading the kitchen team is Mike Blizzard, formerly of Shotgun BBQ, Avenue Restaurant & Bar and Bar Boulud. 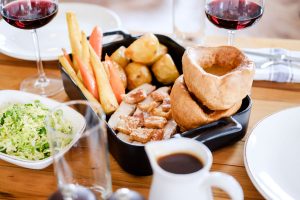 Fuller’s Inns Managing Director Jonathon Swaine said: “The Half Moon has set a new standard, not just in Fuller’s – but for the wider industry, in how to sympathetically refurbish a historic pub. The Half Moon has a history and heritage that deserves to be recognised and respected – and I truly believe we have succeeded in doing that. Herne Hill has a thriving and vocal community and The Half Moon has, in the past, been at its hub. I hope that by bringing her back to glory, they will once again feel the pub can resume its place at the heart of that. It is, without doubt, one of the most beautiful pubs in the Fuller’s estate.”

General Manager Matt Dutson said: “It’s been a long process and I’ve really enjoyed meeting so many local residents over the last few months. I’m just so pleased that I’ve now got my own majestic surroundings in which to welcome them and my team and I are ready and waiting to serve the Herne Hill community.”

The Half Moon Shines Again in Herne Hill added by Newsroom on March 17, 2017
View all posts by Newsroom →