By Newsroom on May 9, 2014Comments Off on Top London Chef Returns to his Yorkshire Roots to Head New £1.5M Sheffield Restaurant 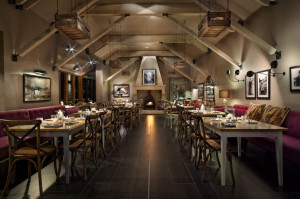 Some chefs would find leaving the bright lights of London and a high flying career a tricky proposition. 35 year old Christopher Lawrie the Head Chef of the new £1.5M Clubhouse site on Sheffield’s Ecclesall Road had no such qualms.

Christopher has moved his family and his career back to Sheffield to head the kitchens in the new flagship Pointing Dog site.

Pointing Dog Clubhouse is housed in the historic landmark building on Sheffield’s Ecclesall Road formally known as the Polish Ex-Servicemen’s Club. For the last 50 years the eye-catching landmark building had housed the Polish Ex-Combatants’ Association, the SPK, as a centre for Poles who settled in Sheffield after the war since 1953. The club opened for Polish workers who arrived into Sheffield to work in various industries in the City.

Sheffield based Pointing Dog Group have invested £1.5M into Clubhouse, giving the old building new purpose. Clubhouse is the group’s third site in the North and is hailed the group’s flagship site incorporating a ‘state of the art’ kitchen, bar with a 200 capacity, restaurant to seat 150 with a further 50 outside plus private Clubhouse Dining Rooms on the first floor.

Newly appointed Christopher Lawrie started his illustrious career at Sheffield’s Castle College scoring ‘young chef of the year’ after which he was able to kick start his London career when he was offered a dream job as a Commis Chef at the  Ritz, London where he stayed for 3 years. Following this he worked at Stovells, an award winning restaurant housed in a 16th Century Tudor Farmhouse in Surrey alongside the two Michelin starred husband and wife team. Pursuing his keen interest in food innovation and development as well as forecasting and predicting food trends Christopher was snapped up by Fairoak Foods. Working for leading brands including Whole Foods, Pauls UK, Booths and Asda as a front line development chef meant excellent preparation for taking the helm at Pointing Dog Clubhouse. 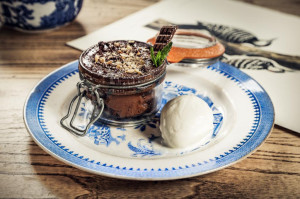 Taking a lead in innovative cooking techniques and pushing forward on customer experience, the Clubhouse restaurant menu revolves around experiential dining. Charged with exciting the senses with flavour, taste, shapes and textures the majority of the menu is cooked on a specialist wood fired char-grill, fueled by Elder, Applewood and charcoal.

Signature Clubhouse dishes are large bespoke cuts of local beef steak which have been uniquely cut under the direction of Christopher. Working on the tried and tested Pointing Dog philosophy that bigger cuts retain maximum flavour, the Scotch Fillet, the Round Steak and the Pichana Whole Joint are served large to order from the grill.
Other key dishes Include Wood Fire Grilled Native Lobster, Soft Shell Crab and Shucked Oysters and the group’s signature Pointing Dog dessert ‘Chocolate Cake in a Jar’

Neil Lawrence Head of Pointing Dog comments, ‘The restaurant and upstairs Clubhouse Dining Rooms will provide a dynamic new addition to the Sheffield dining scene with a focus premium local steak, lobster and oysters. We’ve placed great investment into our state-of-the-art kitchens and the addition of Christopher, with his skill and commitment to innovation means we are looking at an impressive combination. Clubhouse is all about carefully chosen produce. We have worked incredibly closely with farmers, butchers and local suppliers to make sure our food exudes taste and quality’.

Keeping the importance of the social heritage of the building in its former life, Pointing Dog are observing Clubhouse tradition since 1953 and are issuing memberships which are free and open to everyone. 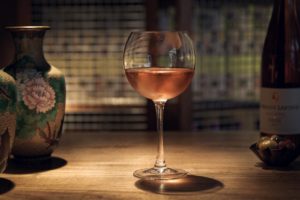 Neil Lawrence continues ‘the building is of key importance to the area – it has seen social change and development at its heart and we are eager for these messages to translate through into Pointing Dog Clubhouse. Our restoration has been incredibly sympathetic to the building and the location and we feel all elements needed to tie together, hence celebrating the idea of a ‘Clubhouse’ to meet and socialise.’

The restoration of the main body of the Clubhouse has taken a traditional feel with panelled rooms and a grand entrance. Adjoining the main house is the former ‘concert room’ housing a New York tavern bar with the longest bar in the City which will stock local ales including a custom made ale aptly named K-9 made by Bradfield Brewery.

Pointing Dog Clubhouse has provided 35 new full and part-time jobs across all aspects of the operation. Neil Lawrence comments ‘we are proud to have recruited from the local area. We have found an abundance of skilled team members who were looking for employment and excellent prospects within our group. All of our restoration work has been done by Sheffield firms and we have sourced local for our interior as well. We have made a point of investing heavily into the local community and are delighted by the results.’

The group who currently have sites in the market town of Bakewell and in the sought after Manchester suburb Cheadle Hulme have opened Pointing Dog Clubhouse on time and on budget w/c 5th May 2014.

Top London Chef Returns to his Yorkshire Roots to Head New £1.5M Sheffield Restaurant added by Newsroom on May 9, 2014
View all posts by Newsroom →