By Newsroom on March 17, 2016Comments Off on UK Government Announces Sugar Tax on Soft Drink Brands 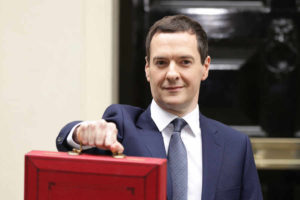 Beverage brands are to pay a levy on the sugary drinks they sell which will raise £520m for primary school sports initiatives, the chancellor George Osborne has announced.

The tax will arrive in two years with brands falling into one of two different bands depending on how much sugar is in their drinks, though it will exclude pure fruit juices.

The chancellor said the two-year gap gave the industry “plenty of space” to change their product mix and would consult with its constituents on how the tax would be implemented.

Manufacturers can choose whether to pass the price on to consumers. “It means they can promote low sugar or no sugar brands as many already are,” added the chancellor, who then credited the efforts of Robinsons, Sainsbury’s, Tesco and the Co-op to reducing the sugar intake across their ranges.

Despite those efforts, Osborne stressed that more is needed and with the right incentives change will happen.

“Doing the right thing for the next generation is what this government and this budget is about,” he added.

“[The] Conservatives understand that tax affects behaviour so lets the tax the things we want to reduce not the things we want to encourage. I’m not prepared to look back at my term here in the Parliament doing this job and say to my children’s generation ‘I’m sorry. I knew there was problem with sugary drinks, we knew it caused disease but we ducked the difficult decision and did nothing’.” 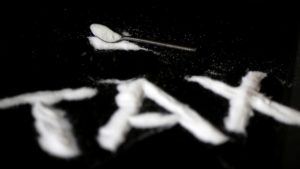 The food and drink industry has slammed the news as a PR stunt from the government. “We are extremely disappointed by today’s announcement of a new tax on some of the UK’s most successful and innovative companies, said Ian Wright CBE, director general of the trade body the Food and Drink Federation.

“For nearly a year we have waited for an holistic strategy to tackle obesity. What we’ve got today instead is a piece of political theatre. The imposition of this tax will, sadly, result in less innovation and product reformulation, and for some manufacturers is certain to cost jobs. Nor will it make a difference to obesity. Many of those singled out today by the Chancellor have been at the forefront of efforts to provide consumers with healthy choices. The industry will now ask whether such efforts are still affordable.”

The surprise announcement of the sugar tax has knocked the share value of A.G. Barr and Brtivic, according to Sky News.

A.G. Barr – maker of Irn Bru – chief executive Roger White issued an immediate response to the announcement, saying:  “It is extremely disappointing that soft drinks have been singled out given it is the only food and drink category to have made any real progress in reducing sugar intake in recent years, down 13.6 per cent since 2012.” 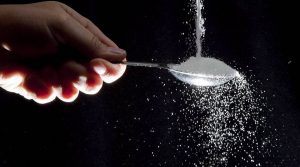 He claimed A.G. Barr has reduced the average calorific content across its brand range by 8.8 per cent in 4 years and are “actively” contributing to the soft drinks industry-wide five year target to make a 20 per cent reduction by 2020.

“We will await further details and ensure that we are fully involved in the consultation process to ensure our position, and progress to date, are well understood,” he said.

Meanwhile, chief Jamie Oliver – an ardent campaigner for a tax on sugary drinks – was similarly quick to repond to the chancellor’s announcement.

“A profound move that will ripple around the world…business can not come between our Kids health [sic],” he wrote in an Instagram post. “Bold, brave, logical and supported by all the right people….now bring on the whole strategy soon to come…Amazing news.”