By Newsroom on December 3, 2013Comments Off on UK’s Food, Hospitality & Restaurant Sectors Tackle Hunger in Africa 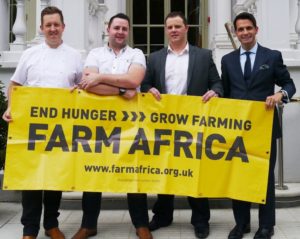 Employees and executives from right across the UK’s food and hospitality industries have come together in the last 12 months in an extraordinary demonstration of corporate charity fundraising.

From some of the biggest names on the UK High Street to individual employees ‘doing their bit’, the sectors’ ‘Food for Good’ campaign has raised an impressive £500,000 for Farm Africa, a leading UK charity which is working to end hunger in eastern Africa, for good.

Fundraising under the collective banner of Food for Good, the coalition of leading UK food companies and retailers, restaurants, chefs, executives and employees have provided a powerful reminder of how business can be a force for creating positive change, even in the most challenging economic environments.

Astonishingly, the £500,000 has been raised in just 12 short months. Food for Good was launched in November 2012 at a special Africa-themed dinner, cooked by the leading UK chef Ashley Palmer-Watts, at Sainsbury’s corporate headquarters in London.

Farm Africa is now determined to maintain the extraordinary momentum of Food for Good. The charity is planning a series of events for well into 2015, designed to both broaden and deepen the reach of the campaign.

Three major overseas events have attracted significant corporate and individual sponsorship and have been at the forefront of the fundraising effort: 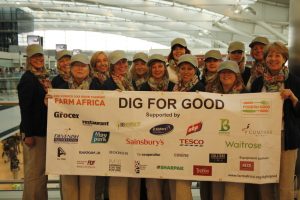 In May a team of leading women executives from the food industry travelled to a remote corner of rural Kenya to build a huge fish pond for the local community. Working under a blazing African sun for up to 8 hours a day for four days straight, the women left Kisumu having dug and filled a fish pond the size of an Olympic swimming pool. The pool will serve as a lasting source of food and income for years to come.

Next up in August was a team of leading chefs and restaurateurs led by the leading UK chef, Ashley Palmer-Watts. They put their bodies on the line by staging a punishing and hugely demanding six and a half day climb to the highest point in Africa at the summit of Mount Kilimanjaro.

And then in October a team of leading executives from the UK food sector trekked the Tanzania Highland Challenge, a hugely demanding 6 day trek across some of the wildest and most untamed landscape in the world in Africa’s Great Rift Valley. 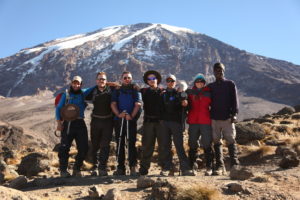 Just as important as these high-profile events in underpinning the success of Food for Good has been the collective determination of employees from a wide range of food and hospitality companies to do their own bit to raise money. From organising high-profile fundraising balls, to marathons, shaving heads and swimathons, Farm Africa has been overwhelmed by the determination of people within the sector to play their part in raising money to help tackle one of the most pressing problems facing the world today: hunger.

Reflecting on the remarkable success of Food for Good, Farm Africa Chairman Richard Macdonald – who organised and led the Tanzania Highland Challenge – spoke on behalf of everyone at the charity:

“It has been astonishing to see how Food for Good has captured the imagination and engaged both companies and individuals from right across the food and hospitality sectors. I am delighted that Farm Africa is becoming the charity of choice for people involved in the global food supply chain and who wish to make a real commitment to ending hunger. But today’s wonderful news is just the beginning. We are determined to carry on earning the support of the sector as part of our commitment to ending hunger in Africa for good.”

“On behalf of everyone at Farm Africa I would like to extend a huge thank you to all our sponsors, corporate and individual, who have dug so deep to support our work. I can assure you that we have all put our bodies on the line with these challenges to merit your much appreciated support,” added Richard. 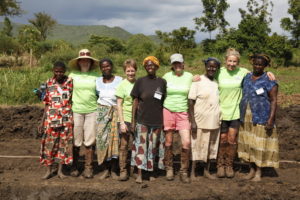 The following companies are principal Food for Good sponsors in 2013: