By Newsroom on February 14, 2017Comments Off on Valentine’s Day Celebration of Life Long Love for Babies in “Was ist liebe?” Ad for Danone’s Aptawelt

Aptawelt, the German Danone Nutricia Early Life Nutrition brand, is launching a Valentine’s Day campaign to reveal the life long impact of the love parents give their baby. 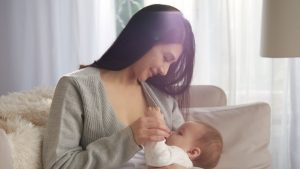 The campaign is the latest instalment of the brand’s Mum meets Science platform and leads with a highly emotive film that asks “What Is Love?”, prompting viewers to think about the power that parental love has on their child’s future development.

The film is supported by further content that reveals the incredible science of love.

Created by Unlimited, the campaign launches on YouTube, Facebook, Instagram and other owned brand channels and will be augmented with further content in the coming months. The films were produced by Dropout Films in Mainz, directed by Daniel Seideneder and produced by Wolf-Tassilo Sack. 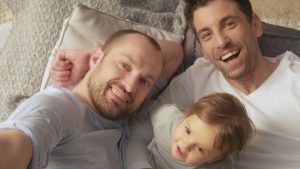 Ian Bates, Creative Director at Unlimited and The Real Adventure Unlimited, said “Our idea was founded on a human insight: that people know that love feels good, but they don’t know that it does good for the future development of their baby. We took this thought and dug into the science that supports it to deliver highly emotive and engaging content.”

Sarah Patzak, Marketing Manager at Danone Nutricia Early Life Nutrition in Frankfurt said “This exciting campaign is part of our on-going commitment to support parents with engaging content that reveals the science of early life. Armed with this knowledge it empowers parents to make decisions now that will support their baby’s future development.” 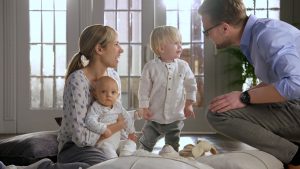 The Unlimited Group has worked with Danone Early Life Nutrition brands in the UK for the past 18 years and recently set up a Danone Unlimited central team to lead brand strategy globally. 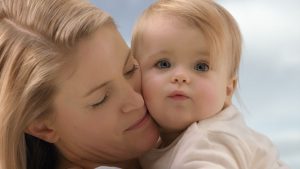 Valentine’s Day Celebration of Life Long Love for Babies in “Was ist liebe?” Ad for Danone’s Aptawelt added by Newsroom on February 14, 2017
View all posts by Newsroom →