By Newsroom on January 3, 2014Comments Off on Walkers Resurrects ‘Do Us A Flavour’ Competition 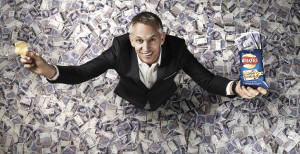 Crisp brand Walkers has commenced a nationwide search for a new great-tasting flavour combination with the launch of its ‘Do Us A Flavour’ competition crowning one member of the British public a flavour millionaire.

The competition, which last ran back in 2008, will see a judging panel whittle down the entries to just six finalists, with the public then deciding on their favourite and the ultimate flavour winner. This year’s twist sees entrants asked to create their unique flavour combination by starting with one of Walkers’ home grown ingredients, picking from Somerset Cheddar, Devonshire Chicken, Norfolk Pork, Dorset Sour Cream, Vale of Evesham Tomatoes or Aberdeen Angus Beef as a base.

Once the six finalists have been chosen their flavour suggestions will be developed by Walkers before being sold nationwide, then the public will decide the winner, with the favourite awarded a £1m cash prize and the five runners up taking home £10,000 each.

Walkers marketing director, Peter Charles, said the return of the competition was “bigger and better than ever before”. Commenting: “We know the public love coming up with flavour suggestions for Walkers and the incredible £1m prize is going to inspire some brilliant home grown flavour combinations.”

Entries should be submitted online via the Walkers website.

Walkers Resurrects ‘Do Us A Flavour’ Competition added by Newsroom on January 3, 2014
View all posts by Newsroom →