By on July 28, 2017Comments Off on Wall’s Pastry Launches Multi Million Pound On Pack Promotion Campaign 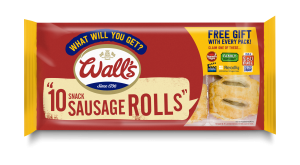 Wall’s Pastry, has launched a new campaign which will see a multi-million pound prize giveaway through a major on-pack promotional campaign. The promotion will run across five million packs and feature on Wall’s slices, pasties and jumbo sausage rolls.

Forming part of the Wall’s Helping Hand campaign, a search to find and support community projects with regeneration money, the on pack promotion is a helping hand in a different way, with every pack offering a prize to consumers. 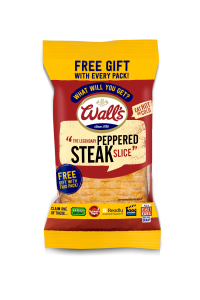 This type of experiential marketing has a proven track record in retail and Wall’s Pastry predict it will have a major impact on the success of the Helping Hand campaign and sales of the top SKUs.

Prizes on offer include 2-4-1 days out, two for one on Odeon cinema tickets, two for one at Brewers Fayre and a free month’s subscription to Readly, which allows winners to read any magazine of their choice.  Also on offer will be a daily prize draw for a free tank of fuel worth £60.

The promotion began in store on the 1st July and will run until the end of September.

Each pack will feature a code, which can be entered through a new promotional site, to win a prize and be entered in the daily draw for free fuel.

“We’ve committed considerable investment in what is a major on pack promotional campaign.  The campaign will run on more than 5 million packs, through all our major customers including high street supermarkets and convenience store chains.  We are predicting it will be a significant driver of Wall’s Pastry sales. The fact that every pack offers a prize should create a major impact on shelf and will also help raise awareness of our Helping Hand campaign to find, support and regenerate local community projects.”