Williams Martini Racing Puts The Stripes Back On The Grid

By Newsroom on March 6, 2014Comments Off on Williams Martini Racing Puts The Stripes Back On The Grid 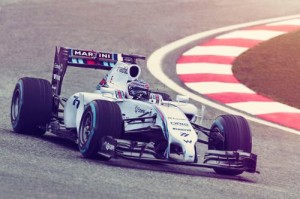 Martini, the world’s leading vermouth and best-selling Italian sparkling wine, in partnership with Williams, announced a multi-year agreement that unites two of the most iconic brands in Formula One racing, creating Williams Martini Racing. The announcement was made during an event held here, as part of the 2014 team launch.

“We are thrilled to welcome Martini to the Williams family and officially launch Williams Martini Racing,” said Sir Frank Williams, Founder and Team Principal, Williams. “Williams and Martini share a rich history in the world of motorsport, and the values of our two brands and our shared passion for racing make this partnership a natural fit. It will be great to see the distinctive stripes of Martini Racing return to Formula One once again in unison with Williams.”

“The decision to partner with Williams was a natural one for us as it provides an unparalleled opportunity for the Martini brand to connect with consumers through one of their lifestyle passions, Formula One racing,” said Andy Gibson, Chief Marketing Officer of Bacardi and President of Bacardi Global Brands, who oversees marketing for Martini and other premium brands in the Bacardi portfolio. 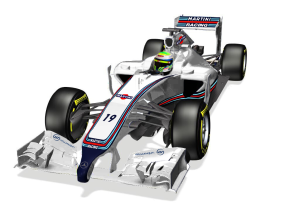 “Martini will give consumers a taste of life in the fast lane, bringing a renewed sense of Italian style and glamour to the track and beyond. Williams Martini Racing provides a powerful, integrated marketing platform and delivers dynamic opportunities that will strengthen the Martini brand.”

In addition to exclusive naming rights, the iconic Martini Racing stripes will adorn the new Williams Mercedes FW36 race car, the drivers’ overalls and crew team kit worn by team personnel and the new Williams Martini Racing motorhome in the paddock, featuring the Martini Terrazza – a stylish rooftop destination. Off track, consumers will have a unique opportunity to connect with Williams Martini Racing through compelling race lifestyle content and experiential activations around key races. Promotional, licensed merchandise will be available for fans as the European race season gets underway.

Drivers Felipe Massa and Valtteri Bottas will steer the on-track performance for Williams Martini Racing. Brazilian-born Massa has enjoyed a successful Formula One career and looks forward to starting his 2014 challenge at the wheel of the all-new FW36 racing car, while Finnish driver Bottas returns to the grid for his second season racing with the team.

The Williams Martini Racing-branded FW36 car will make its race debut on March 16 in Melbourne, Australia, kicking off the 2014 F1 season. Full-scale consumer and fan activations commence in Barcelona in May, heralding the start of the European race sequence.

Williams Martini Racing Puts The Stripes Back On The Grid added by Newsroom on March 6, 2014
View all posts by Newsroom →