By Newsroom on December 12, 2013Comments Off on Wrigley Extends ‘Litter Less’ Environmental Education Program to 35 countries

The Wrigley Company Foundation announced the addition of ten new countries to its international Litter Less education campaign led by the Foundation for Environmental Education (FEE). This addition brings the number of participating countries to 35 globally and kicks off the third year of a three-year, $3.1 million campaign.

The Litter Less campaign aims to help educate and engage children and young people on the issues of litter, and to help encourage them to make positive choices. The campaign supplements the existing work the Wrigley Company undertakes to encourage responsible disposal of litter. 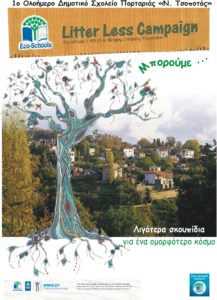 FEE is a non-governmental, non-profit organization leading the way in environmental education through several engaging international programs that have been successfully implemented in 68 countries. Thanks to the Foundation’s support, FEE is expanding two significant campaigns in schools through its Eco-Schools and Young Reporters for the Environment (YRE) programs.

Through the Eco-Schools program, children aged 5-12 years are asked to design and lead their own anti-litter projects, or organize a Litter Less event at their school. Students 11-21 years involved in the YRE program will act as ‘journalists,’ investigating and reporting on the problem of litter from the perspective of an environmental reporter.

Daniel Schaffer, CEO of FEE , added, “The Litter Less campaign has been a very big success with lots of initiatives on reducing litter carried out by students in the 25 countries involved to date. We are very grateful for the support of the Wrigley Company Foundation, and we look forward to making an even larger difference with the enlargement of the project to 35 countries.”