By Newsroom on November 25, 2013Comments Off on ZICO Beverages Joins The Coca-Cola Family 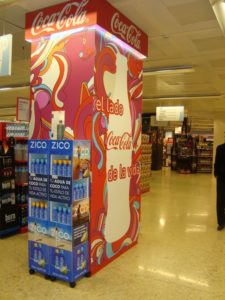 Whether at the gym, shopping mall or office, ZICO Pure Premium Coconut Water provides the natural replenishment you need to renew. And now ZICO will be able to fully access the scale benefits of the Coca-Cola system.

The beverage giants and ZICO Beverages LLC announced that Coca-Cola has acquired the outstanding ownership stake in ZICO. The announcement will unlock more capability for ZICO including marketing, selling, manufacturing, innovation and distribution opportunities. Additionally, The Coca-Cola Company will gain a leading position in one of the fastest growing beverage categories in the world.

The move completes the transaction which began in 2009 when Coca-Cola’s Venturing and Emerging Brands (VEB) business unit first invested in ZICO. In 2012, the Company purchased a majority stake in the brand. And earlier this year, the brand took its place on the signature red Coca-Cola trucks to be distributed throughout the U.S. and Canada.

“When we made our investment in ZICO, we did so because we saw it as a burgeoning premium brand with the potential to be a significant leader in a high growth category,” said Deryck van Rensburg, President and General Manager, Venturing & Emerging Brands, Coca-Cola North America.

“Over the past four years we have watched the coconut water category see an impressive spike in revenue and household penetration and ZICO solidify its position as one of the leading brands in this category. With our acquisition, we plan to innovate in all aspects of the consumer experience and increase both velocity and distribution to position ZICO for even more growth. This announcement is the sign of a continued beginning for the brand, with more resources, support and cachet to come.” 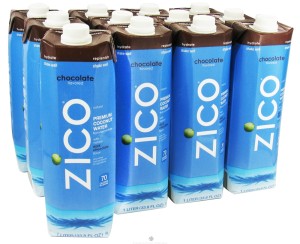 The coconut water category has seen impressive sales growth since its inception, nearly doubling its revenue every year since 2004. In the period since Coca-Cola’s initial investment in ZICO, the brand has expanded its distribution footprint from 6 markets to national presence, adding such influencer retail partners as Kroger, Target and Walmart. While coconut water growth remains extremely strong in 2013, year-to-date ZICO’s volume growth continues to outperform the category.

“We always believed coconut water would eventually become a major beverage category and ZICO a household name, even when we were running the company from my garage and selling out of a rented truck,” said Mark Rampolla, ZICO’s founder and chief executive officer.

“Over the past four years, it has been exciting to see ZICO excel as our partnership with The Coca-Cola Company matured. Now, with full access to the resources of the Coca-Cola system, we have the opportunity to bring ZICO and the healthy, replenishing benefits of coconut water even further into the mainstream and realize our original goals.”

As part of the transaction, G. Scott Uzzell will become President and take over day-to-day management of ZICO Beverages, LLC. Rampolla will remain as a non-executive advisor to ZICO supporting the transition and long-term strategic initiatives. 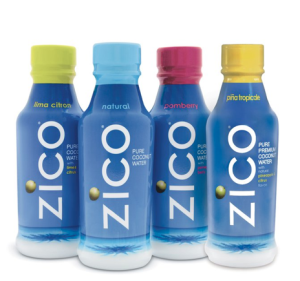 “As we enter a new phase of growth and development, I hoped to find a leader that would respect our brand heritage and organizational culture while helping us capitalize on this incredible opportunity” said Rampolla. “I’ve known Scott for six years, have a tremendous amount of respect for him and am confident that he’s the guy to take ZICO to the next level.”

Uzzell has served as ZICO’s Chief Commercial Officer and EVP of Sales for the past year. Prior to this position, Scott played a number of leadership roles for The Coca-Cola Company, including VP of the McDonald’s business unit and VP/GM, Incubation for VEB. His knowledge of the VEB business and The Coca-Cola system will be critical in ensuring a seamless transition of the new ZICO operating model.

“I have long shared the energy, passion and love for ZICO that has existed among consumers and within the company since its inception,” said Uzzell. “Mark and his team have done an incredible job building the ZICO brand into what it is today. I’m excited about leading the team through this next evolution in the brand’s development and believe that with the team’s entrepreneurial zeal and the resources of The Coca-Cola Company we can take ZICO to new heights.”

ZICO Beverages Joins The Coca-Cola Family added by Newsroom on November 25, 2013
View all posts by Newsroom →