Foster’s is inviting UK drinkers to raise a glass to the brand’s 125th anniversary with the launch of a new campaign that celebrates Foster’s proud history of refreshment.

The Foster’s story began in Melbourne in 1888, when Ralph and William Foster first introduced the people of Australia, who were previously used to drinking warm beer in searing temperatures, to a beer specially brewed for true refreshment. Foster’s lager was hailed by the media at the time as “the beer of the future,” and went on to become ‘Australia’s famous Amber Nectar.’ 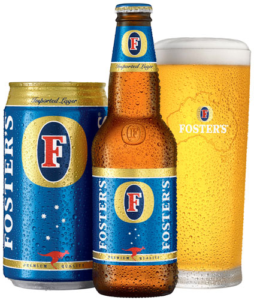 The ad opens in the heat of an Australian summer, with a large gathering of people staring, transfixed, at the front of the Melbourne Town Hall. William and Ralph Foster stand alongside the mayor as they wait nervously, hoping to impress him with a refreshing pint of Foster’s.

Tension mounts as the mayor slowly raises the glass of Foster’s to his lips; he savours the refreshment enthusiastically and excitedly proclaims the new lager as a ‘little ripper!”

Gayle Harrison, Brand Director- Foster’s at Heineken said: “Everyone knows Foster’s is an Australian lager, but consumers in this country know relatively little about the beer’s unique heritage and refreshment credentials. It’s a sobering thought, but without the innovative thinking of William and Ralph Foster , we might still be drinking warm beer today!”

As part of its anniversary year, Foster’s is also set to launch limited edition 1888-style packaging and glassware later this year.