By Newsroom on July 9, 2015Comments Off on 21st Birthday For Independent Le Bistrot Pierre

The venue, which opened its doors for the first time at Milton Street in Nottingham in 1994, plans a host of special events to mark the auspicious occasion.

The business, whose head office is still in the city, now comprises 13 bistrots around the UK, including the latest addition which opened in Bath last month – with further openings planned later this year. 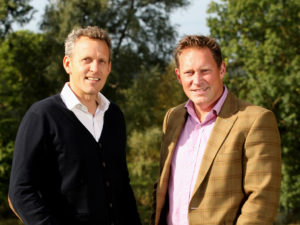 Now one of the UK’s most recognised privately owned restaurant groups, Bistrot Pierre specialises in great value French food, freshly made by chefs every day. The bistrots offer provincial cooking made from authentic ingredients in an elegant yet relaxed setting.

Co-founders Rob Beacham and John Whitehead have been friends since school and always dreamed of going into business together.

The pair originally opened their first venue as the Nottingham franchise of restaurant chain Pierre Victoire in 1994. When things took a different direction and the Pierre Victoire group folded four years later, Rob and John rebranded and soon expanded the operation into other cities. 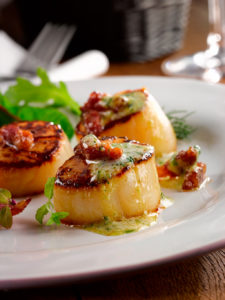 As the group has grown, so has the brand, with each bistrot styled to compliment the building and surroundings and adding its’ own slightly different flavour locally to the building. Bistrot Pierre has not only survived the recent recession, it has managed to thrive – capturing the growing demand for high quality food at affordable prices.

Rob said: “Seeing our business grow, working with our fantastic restaurant teams and delivering a great customer experience that you cannot get anywhere else gives us a sense of enormous satisfaction. 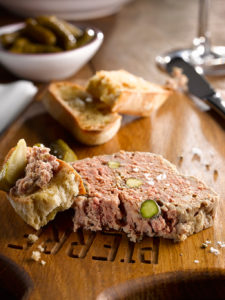 “To be expanding during tough economic times make us both very proud. But it’s the people at the sharp end, those who work on the restaurant floor and in the kitchens, who should take the credit.”

The group plans further openings in Newport, Birmingham, Swansea (The Mumbles) in 2015, with further sites in the pipeline for 2016.

Bistrot Pierre also operates The Bear Freehouse and Kitchen in Stratford and The Crescent Inn, a pub with 11 boutique bedrooms in Ilkley.