By Newsroom on January 24, 2014Comments Off on 3.7 Million British Households Own a Coffee Capsule or Pod Drink Maker 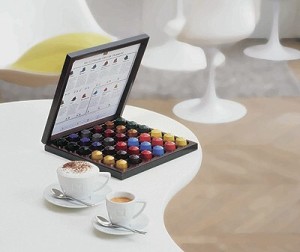 When it comes to coffee it seems only the best will do, as new research from Mintel finds a growing number of Brits looking to recreate café-quality coffee within the comfort of their own home.

In a report looking at the market for small kitchen appliances sales of hot beverage makers (mainly coffee makers) are highlighted as a star performer within the sector, the market increasing a steamy 67% over the past 5 years, rising from £52 million in 2008 to £87 million in 2013. Today, some 14% of Brits (equating to approximately 3.7 million British households) own a coffee capsule/pod drink maker.

Food preparation machines (such as food processors, blenders, liquidisers and mixers) have also seen buoyant demand, helped by the trend to do more cooking at home and by inspiration created by television chefs. Indeed, today, more than a third of Brits (35%) claim to bake from scratch at least once a week. What is more, one in five stand mixers or food processors were bought in the last year alone –  testament of the great British baking revolution. Premiumisation in this market has also boosted sales which have grown steadily since 2008, increasing 21% over the same 5 year period from £77 million in 2008 to a record high of £93 million in 2013.

“Despite the economic gloom that has shrouded consumers in the last five years we have seen significant demand for coffee machines and food mixers. Hot beverage machines have grown sales by two thirds in the last five years and coffee pod machines are at the heart of this growth. The nation’s love affair with good coffee stemmed from enjoying their coffee shop experiences and now they want to create coffee shop quality at home. The taste for premium coffee at home has resulted in an explosion of different types of coffee machines and plenty of tempting appliances to encourage the coffee aficionado to trade up.”

“Furthermore, what may have begun as a response to a rising need to be thriftier with the food budget has become a kitchen craft, as people want to create the indulgent treats they see on programmes like the Great British Bakeoff,” Jane continues. 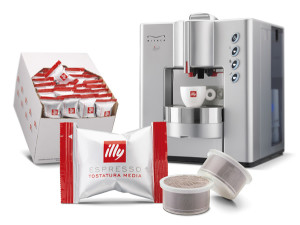 However, while sales of coffee and food preparation appliances are soaring, kitchen basics such as kettles and toasters have performed weakly, as low-priced goods have eaten into market share. Consumer spend on kettles fell by 2% between 2008-13 from £146 million to £143 million, while spend on toasters fell by 3% from £70 million in 2008 to £68 million in 2013. Meanwhile, sales of health grills have not been too healthy, decreasing 30% between 2008 and 2013 from £46 million to £32 million.

Revealed – the secret of a good toaster

In the same report, Mintel reveals the nation’s toast wish list. The number one requirement is a toaster which is easy to clean (52%) as well as a toaster which will evenly toast the whole slice of bread (52%). One in two (49%) are looking to be able to toast a wide range of types/ sizes/widths of bread (e.g. hand-cut bread, breakfast muffins). Four in ten (39%) are looking for space for at least four slices of bread while the same number 38% would like sensor controls that automatically pop up the toast when it is ready.

3.7 Million British Households Own a Coffee Capsule or Pod Drink Maker added by Newsroom on January 24, 2014
View all posts by Newsroom →