By Newsroom on August 28, 2013Comments Off on Absolute Collaborates with Artists to Transform the Streets of San Francisco

From coast to coast, Absolute is inspiring creative risk-taking by collaborating with, and empowering, local artists to transform entire street blocks into art pieces. The initiative first launched in Williamsburg, Brooklyn, New York earlier this summer and is now available for local San Francisco passers-by to interact with and enjoy through September 1.

Transforming the Ordinary to Extraordinary 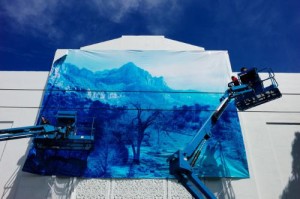 The Divisadero Street (between Hayes and Grove) transformation began August 12, when building facades became stark white canvases featuring a message to the public that read, “The Future is Yours to Create,” and a date 8.24.13.

On August 24, the collective artists involved pushed the bounds of creativity, by sharing their respective artistic marks on the street while locals interacted with and experienced the free outdoor art exhibit.

“By collaborating with 15 celebrated artists, many of whom are local to San Francisco, we can continue to empower not only the art community but people everywhere to transform the present and future by taking risks every day.”

Through September 1, the San Francisco community is invited to experience Absolute Open Canvas and interact with the creativity that surrounds them, including: 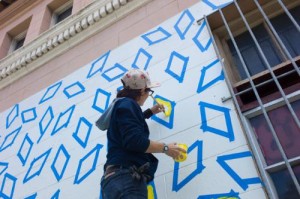 “I’m really proud to be a part of Transforming the Ordinary to Extraordinary’s Open Canvas initiative and to celebrate my hometown of San Francisco in such a unique way,” said Michael Krouse, participating artist and long-time San Francisco local.

“From the beginning, Absolute gave us free reign to interpret and present our creative take on the belief that ‘The Future is Yours to Create’, giving us the opportunity to share our personal view on what it means to look towards the future.”

Absolute Collaborates with Artists to Transform the Streets of San Francisco added by Newsroom on August 28, 2013
View all posts by Newsroom →