By Newsroom on December 22, 2016Comments Off on adam&eveDDB’s Lipton Ad Tells the Heartwarming Story of a New Kid on the Block

Entitled ‘Bauble’, the spot unearths the strange, scary and funny parts of being a tween at school. Built on engaging, natural performances by child actors and coupled with honest and real photography with a magical quality, Mark creates a film with warmth that is deeply nostalgic.

Shot in New Zealand, the film tells the story of Andy, a new kid in the area, as he goes through his daily daunting journey of getting onto the school bus. All eyes are on him. He’s an outsider whose friendship with the bus driver blossoms, as does his own confidence, to a point where the bus ride becomes fun. 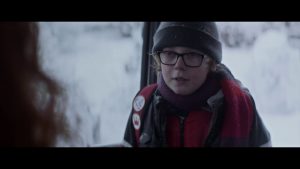 Mark Albiston, Director at The Sweet Shop said, “This was a great film to work on and making it brought back a lot of memories of being 13. The pressures of being a new kid on a bus and having a carriage load of eyes watching you is pretty daunting at that age. Oscar, our lead actor, was amazing and we just loved him on screen. It was great to work with adam&eveDDB’s creative team. They were up for bringing the production to New Zealand which gave the film a great head start as castings and locations in the country are fantastic.”

Spencer Dodd, Managing Director of The Sweet Shop in the UK and Europe, said, “There’s nothing quite like a story that resonates through your soul. Mark has once again pulled off a cinematic dream and it’s this kind of emotionally charged storytelling The Sweet Shop has become known for. I’m immensely proud of this film.”

adam&eveDDB’s Lipton Ad Tells the Heartwarming Story of a New Kid on the Block added by Newsroom on December 22, 2016
View all posts by Newsroom →