Add Some Heat to Your Brunch with Maxus’ Tantalising Tabasco Campaign

By Newsroom on September 26, 2014Comments Off on Add Some Heat to Your Brunch with Maxus’ Tantalising Tabasco Campaign 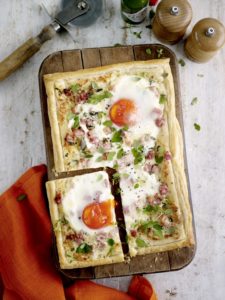 Tabasco is launching a ‘Brunch’ campaign encouraging London commuters to use the famous pepper sauce as a key recipe ingredient at weekend morning meals. The campaign uses media bought and planned by Maxus UK.

The Tabasco ‘Brunch’ campaign kicked off on September 25 and runs for two weeks. It includes a partnership with food blogger Niamh Shields through Say Media, consumer press ads, digital display and sampling at London Rail terminals and digital escalator panels on the London Underground.

Maxus has been tasked with building advocacy of the brand and challenging misconceptions that the product is fiery hot and simply used to add heat to dishes. Weekend breakfast and brunch was identified as the ideal occasion to reinforce Tabasco as a key ingredient and get people interested in the brand long term. The campaign targets an audience of experimental food lovers at times when they will be thinking about their weekend meals. 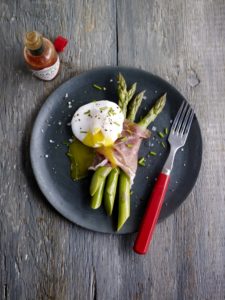 Tabasco and Maxus have teamed up with Say Media in a partnership between food blogger Niamh Shields, author of blog ‘Eat Like A Girl’, to deliver a brunch club that offers recipes using the hot sauce with eggs. This native content will be housed on a microsite that Say Media will push across its network to a wider audience via MPUs and banners. Consumers will also be able to click through to a dedicated Tabasco ‘Brunch’ Tumblr feed with more recipes.

Campaign activity focuses on the build up to the weekend, when consumers have more time to enjoy brunch. On Thursdays and Fridays during the campaign, activity will target commuters at major stations including Liverpool Street, Victoria, Euston, Waterloo and more through large format digital displays and displays on Underground escalators, reminding them to try Tabasco with their eggs at the weekend. 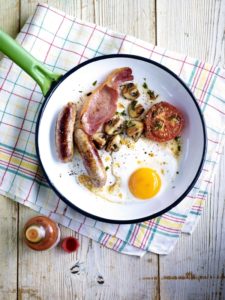 Sampling teams at train stations will be handing out recipe kits with samples and vouchers to buy Tabasco. There is also a partnership with Free Rangers Eggs available in Morrisons and Booths. Press ads highlighting the versatility of Tabasco will run in the Evening Standard, Shortlist, and Metro on Thursday through to Friday to further amplify campaign messaging.

Claire Fullick, brand manager – Tabasco, AB World Foods said: “Maxus has created a campaign that leverages the fact that our target audience are highly experimental foodies. The agency has identified breakfast and brunch on the weekends as becoming increasingly popular with this audience and that eggs are the hero food of this occasion. No one currently owns this occasion and it’s a natural fit for Tabasco. This campaign allows us to speak with our audience in the right places at the right times and encourages them to re-ignite their passion for Tabasco.”

Nick Thirsk, Account Manager, Maxus said: “Using brunch as a meal occasion and eggs as the versatile ingredient enabled us to make it easier for consumers to get their heads around the concept that Tabasco isn’t just about heat. It’s about building a longer term understanding and knowledge of the product rather than the short term sales-led offers which a lot of other FMCG campaigns focus on.”

Add Some Heat to Your Brunch with Maxus’ Tantalising Tabasco Campaign added by Newsroom on September 26, 2014
View all posts by Newsroom →