By Newsroom on July 19, 2013Comments Off on Andrew Woodford Named Head Chef at Boulestin 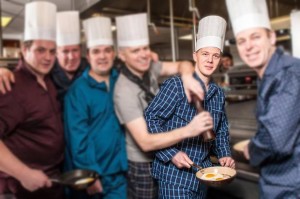 Andrew, who is already working on menus and staffing prior to the September opening, was most recently Head Chef at Colbert, the acclaimed French restaurant on Sloane Square, which he helped to launch.

Andrew has also enjoyed lengthy spells at other renowned establishments, in the capital and beyond, among them The Monkey Bar in New York, The Arts Club in Piccadilly, Rules and Scott’s.

Located in the heart of St James’s and inspired by the legendary cookbook writer and restaurateur Marcel Boulestin who inspired diners in Covent Garden for nearly 70 years, the new Boulestin will comprise a luxury 60-seat bistro, a private dining room, seating up to 38 and Café Marcel, a 30-seat brasserie.

Both menus will offer classic French cuisine, with signature dishes such as Oeuf en Gelée; poached eggs in jellied consommé to start, as well as main dishes such as Poulet Sauté au Vinaigre and Sole Dugléré.

Boulestin will be a combination of both classic French Brasserie and Bistro style dining, opening in September.