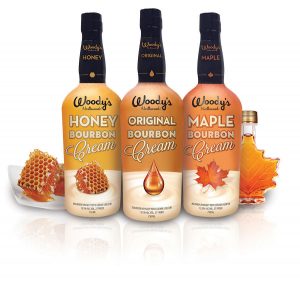 The rise of brown spirits is one of the dominant stories in the overall US spirits market, with sales of Tennessee whiskey and bourbon expanding their already large shares, increasing by almost 8% year over year in 2015. The other key trend is the growth in flavoured alcoholic beverages. Flavoured new product introductions in the Whiskey category have resulted in triple digit gains.

“We feel the combination of Bourbon and some of the fastest growing flavours in the beverage alcohol category creates a winning combination for the Woody’s brand,” said Woodrow, who has been involved in some of the most successful new product launches in the cream liqueur category.