By Newsroom on January 11, 2018Comments Off on Australian Summer Lamb Campaign Unites the Country Through Song, Dance and Meat

The highly anticipated summer campaign for Australian Lamb via The Monkeys Sydney has launched – singing, dancing and celebrating the one thing all Australians can agree on this summer, lamb. 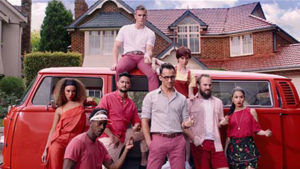 Building on the long established ‘We Love Our Lamb’ brand position of unity and inclusivity, the integrated campaign inspires people to put aside their differences, big and small, and come together over lamb.

The campaign launches with the new long-form advert directed by Paul Middleditch, which sees a modern day lamb barbecue get a Broadway musical makeover. With the stage set, Australia’s diverse opinions go head to head, before ultimately showing that lamb is the one thing that brings everyone together. 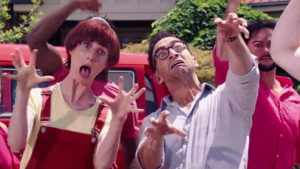 Scott Nowell, Co-founder and Chief Creative Officer at The Monkeys, said: “‘Lamb Side Story’ proves that both extremes of global political views can be fun – there’s nothing like lamb and dancing to bring people with various levels of outrage together.”

The commercial will be pushed out across digital, social, TV and cinema from today, whilst PR will spread the message across earned media. Media partners, Nova Network, Channel Nine and The Beetoota Advocate will support the campaign across multiple channels, encouraging Australians to put aside their differences and embrace a summer ‘Lambnesty’. 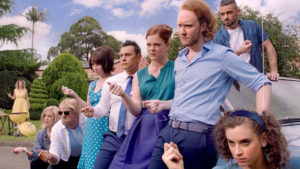 Nova Network’s Fitzy & Whippa will spearhead the mission, with listeners offered Lambnesty barbecue boxes, as well as a seat to Australia’s first Lambnesty barbecue where people with differing opinions will unite over the ultimate lamb feast.

Broadcast partner Channel Nine will integrate the campaign into the channel’s news, sport and social platforms, with on air features with TODAY, Nine News Now and the Cricket One Day International series. 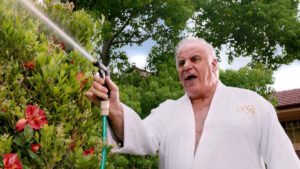 Lisa Sharp, Chief Marketing Officer at MLA said: “Lamb as a brand stands for unity and this latest campaign shines a light on what unites us rather than divides us. In true Aussie spirit we are celebrating our nation’s ability to put aside our differences and join together over our love of lamb, the meat that brings everyone to the table.”

In-store, product-focused point-of-sale will deliver lamb barbecue inspiration, focusing on the variety of different cuts and cuisines. While, recipes developed by Head Chef, Chef Darren Robertson at Three Blue Ducks and Rocker, will underpin the campaign by inspiring young Aussies to get cooking with lamb this summer.

Australian Summer Lamb Campaign Unites the Country Through Song, Dance and Meat added by Newsroom on January 11, 2018
View all posts by Newsroom →